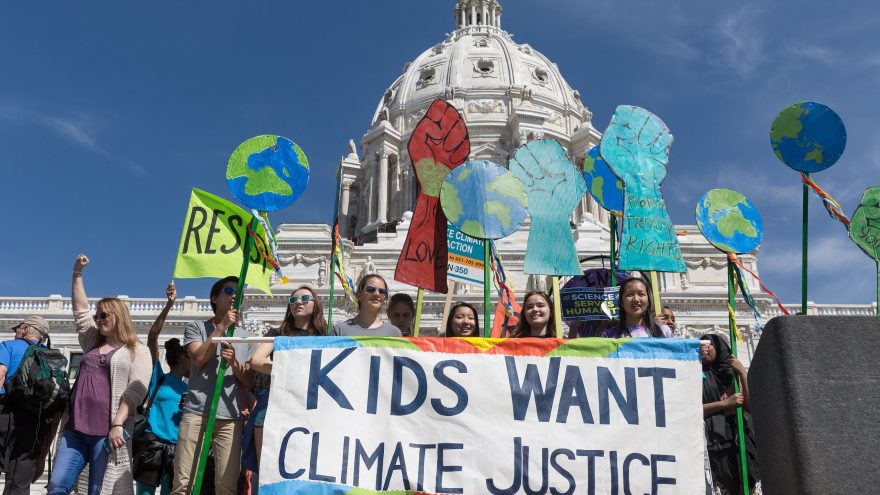 A young person concerned about climate change joined 16-year-old Swedish activist Greta Thunberg at a congressional hearing this past week. Jamie Margolin is 17 and part of a lawsuit filed by children against the federal government over climate change. Not content to work their way through democratic processes, they hope federal courts will force resolution on their behalf.

Margolin spoke out about her fears. She told Congress that she was not sure she would have a future. She said in her testimony: “I want the entirety of Congress — in fact, the whole U.S. government — to remember the fear and despair that my generation lives with every day, and I want you to hold on to it. How do I even begin to convey to you what it feels like to know that within my lifetime the destruction that we have already seen from the climate crisis will only get worse. What adds insult to injury is the fact that we keep getting promised what isn’t there. On college applications, I keep getting asked what I want to be when I grow up … Everyone who will walk up to me after this testimony saying I have such a bright future ahead of me will be lying to my face.” She went on to say the planet is collapsing. She believes there are only 18 months left to get it right — a far shorter period than most activists claim.

Some will applaud her for the painful truths she is telling the grown-ups around her. In fact, progressive activists increasingly rely on children to speak for them, believing it provides a shield to criticism. But it also provides some great dangers.

In Great Britain, police arrested a group of environmental activists who planned to fly drones over Heathrow Airport to shut down air traffic. In Europe, "travel shaming" has become a trend in which people shame those who decide to get on airplanes. It has actually impacted Europe's aviation industry.

The problem is that these zealots get massive, positive media coverage. As in other situations, media coverage tends to provoke more of the same behavior. Though the left might cheer that on, they should be cautious because of where this will likely lead.

Already, the United States has had to deal with ecoterrorists in the Northwest. It is only a matter of time before those who believe the world is going to end without radical action decide to take radical action. They will, as all zealots do, decide they are doing it for the good of everyone — even those who do not realize it. Zealots convinced of their own righteousness are dangerous people. When they conclude the courts have failed them, the democratic processes have failed them and the government itself has failed them, violence will be their only recourse. They will have plenty of supporters in the media willing to justify it. After all, they are all convinced the world will end in a decade if they sit idly by.

Listen to the environmental zealots, and hear for yourselves how salvation is obtained. It is not pretty. The United States has done more than most countries to cut its emissions, but the zealots always demand more. They do so because, as long as sinners still sin, those who should be saved cannot be. In Christianity, the unrepentant sinner will not find salvation. For the saved, however, access to heaven is not dependent on the unrepentant. In environmentalism, the penitent environmentalist will not find salvation as long as the polluters pollute. If the government won't stop the sin, the zealots will have to.

10 thoughts on “The Passion of Zealots”