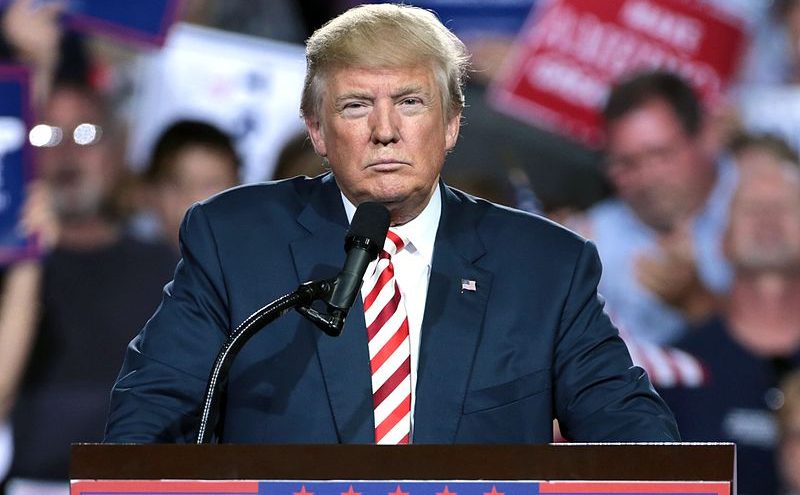 Last week, Jack Dorsey had his Twitter account hacked. Dorsey is the CEO of Twitter, and Donald Trump is Twitter’s most famous patron. If Dorsey can get his account hacked, presumably the President can, too. A friend rightly noted this is cause for concern. What if someone hacking the President’s account declared war?

I suggested it would be hilarious if someone hacked the President’s account and tweeted, “I prefer Satan to Jesus.” Undoubtedly, some of the President’s most faithful apologists would immediately rush to agree. Remember, in 2016, after the President defended Planned Parenthood, some of his evangelical supporters began defending the organization, too.

Earlier this summer, I had the opportunity to preach on Jonah 1. Called by God to urge Nineveh to repent, Jonah fled. Instead of going to Nineveh, Jonah went in the exact opposite direction. He boarded a ship, intending to set sail for as far away from Nineveh as he could get.

God had other plans. A great storm came up. The crew on the ship cast lots to “know on whose account this evil (had) come upon” them. Jonah 1:7. The captain of the ship ordered Jonah to call to his god as they, all pagans, called to their gods. But Jonah declared, “I am a Hebrew, and I fear the Lord, the God of heaven, who made the sea and the dry land.” Jonah 1:9. Jonah used Yahweh, the personal name of God. He demanded the pagans throw him overboard.

The pagan sailors cried out to Yahweh, using his personal name. “O Lord, let us not perish for this man’s life, and lay not on us innocent blood, for you, O Lord, have done as it pleased you.” They picked Jonah up, “hurled him into the sea, and the sea ceased from its raging. Then the men feared the Lord exceedingly, and they offered a sacrifice to the Lord and made vows.” Jonah 1:14-16. Again, they called to God as Yahweh. There’s a striking difference between these men on the boat in Jonah 1 and Nineveh in Jonah 3. In Nineveh, the people cried out to God, but not as Yahweh.

We know the story of Jonah, the fish, his flight, Nineveh's repentance and Jonah's anger. What we should focus on is how Jonah, in fleeing God, caused pagan sailors to embrace the God of all creation. In Jonah's flight from God, others were saved.

There is data suggesting young evangelical Christians, appalled at their parents' political support for President Trump, are recommitting to an orthodox Christianity devoid of politics. Perhaps the silver lining in all these stories of Christians behaving badly in politics and defending indefensible behavior is that the next generation will maintain orthodoxy but refocus from transactional moral majority politics to helping the widows, the poor, the orphans and the refugees.

I genuinely cannot understand Christians who think they need to defend, excuse and serve as apologists for so much. It is possible to vote for someone and also say you think they're wrong. Christians did this with George W. Bush. But now they get defensive. Christians still need to speak up even against their own team at times.

A Christian's fight is not with the left but with the things of the world and unseen spiritual forces. Never forget that. Be encouraged that so many Christians' turning from spiritual salvation to wage a war for political salvation is actually regenerating a zeal for orthodox Christianity among young people. These young Christians may no longer identify as evangelical, but they still follow Christ and biblical orthodoxy on social and theological issues.

48 thoughts on “Christians, Politics and Trump”