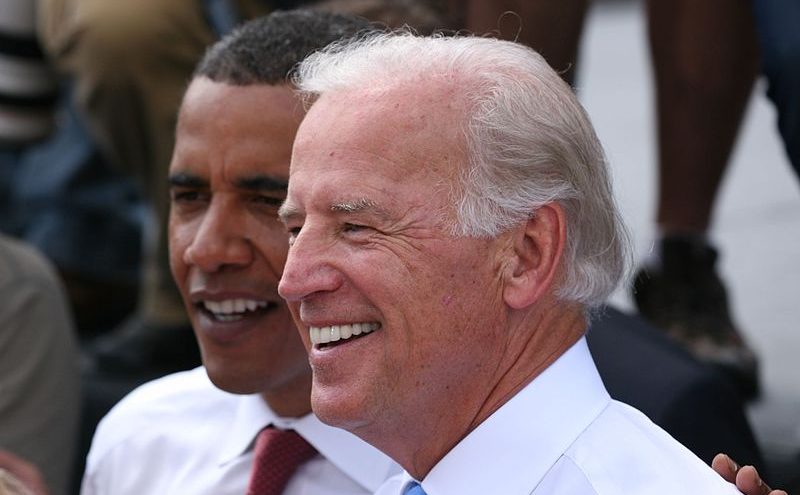 The Washington Post caused an uproar inside the media when it reported that former Vice President Joe Biden told a “moving but false” war story at a campaign stop in Hanover, New Hampshire, on Aug. 23. He told 400 people he’d been asked to travel to the Kunar province in Afghanistan to recognize the heroism of a Navy captain but the captain protested that he didn’t deserve it.

Biden even boasted of his own bravery. Some told him he shouldn’t go, he said, but “We can lose a vice president. We can’t lose many more of these kids. Not a joke.” He added: “God’s truth. My word as Biden.”

It wasn’t God’s truth. It was a fabrication.

The Post checked the records and concluded: “In the space of three minutes, Biden got the time period, the location, the heroic act, the type of medal, the military branch and the rank of the recipient wrong, as well as his own role in the ceremony.”

Biden went to Kunar province in 2008 before he was vice president, The Post says. The Navy captain he met was actually a 20-year-old Army specialist, Kyle White. Biden never pinned a medal on White but watched then-President Obama do so in 2014. Biden did pin a medal on a man who didn’t want the medal, but that was an Army staff sergeant, Chad Workman, in 2011.

This was no “gaffe.” It was either (a) a trail of gaffes indicating Biden has lost his marbles or (b) a lie. Which is it, and how serious is this? The media’s answers were predictable.

We should be impressed that The Post actually reported this story, but the usual spin quickly fell into place to offset the indictment. Those are just more legendary Biden gaffes, and they’re so endearing, and he’s no Trump.

ABC News Political Director Rick Klein: "Look, when the vice president does it, it is to make a point in a more artful way, perhaps, and to connect with people in a genuine way. When Donald Trump does, it's often to demean and belittle."

Former NBC News senior producer Shawna Thomas (now with Vice News): "When Trump lies, it's about Google and Google changing votes and making you scared about things. When Joe Biden lies, it's about trying to say he's going to be commander in chief and he understands heroism."

NBC's Chuck Todd dragged in former President Ronald Reagan to aid Biden: (T)here's a part of Biden that feels more Reaganesque that way. You're like, 'Oh, it's Grandpa. It's Uncle Joe.' Whatever that is. 'Eh, let the old man do it.'"

That one's priceless. The media were not generous to Reagan. In 1983, then-NBC anchor Tom Brokaw told Mother Jones magazine that Reagan didn't understand "the enormous difficulty a lot of people have in just getting through life, because he's lived in this fantasy land for so long."

They blasted Reagan throughout his entire career. "Reaganesque" meant "insane" or "senile" or evil" or any combination of those words.

Peter Hamby, a CNN political reporter for eight years, explicitly lobbied his colleagues to spike this entire narrative: "Biden's gaffes really only showcase what we've known about him for a long time — that he makes gaffes. Compared to the horror show coming out of Trump's mouth on a near-daily basis, who cares?"

"Who cares?" indeed. For decades now — and especially when Biden was vice president — the media have downplayed and ignored Biden's gaffes and misstatements and lies. This whole energetic frenzy of excuse manufacturing once again underlines the fraudulent media's boast that they are "facts first" and care most deeply about "the truth."

14 thoughts on “An Excusing Frenzy for Biden’s Fact Mangling”