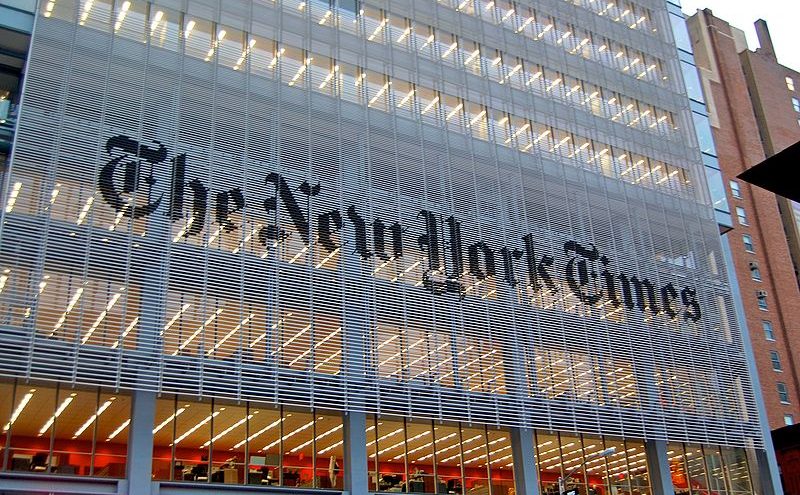 In the midst of the daily tarring and feathering of President Trump by our “objective” press, we are treated to some precious moments where these badly disguised political operatives write something unintentionally hilarious.

Take, for example, The New York Times story on Aug. 25 headlined “Trump’s Allies Scour Internet to Punish Press.” Reporters Ken Vogel and Jeremy Peters ominously warned, “A loose network of conservative operatives allied with the White House is pursuing what they say will be an aggressive operation to discredit news organizations deemed hostile to President Trump by publicizing damaging information about journalists.”

Notice how journalists employ a language of scandal and conspiracy to insist those horrible conservatives are going to publicize damaging information about journalists, as if this is entirely different than their own daily output. Let’s use their lingo. The Times is “an aggressive operation to discredit” anyone deemed hostile to liberalism by publishing damaging information about them.

This outraged front-page story came in the wake of Times politics editor Tom Wright-Piersaniti being forced to apologize for (and delete) objectionable tweets. On Jan. 1, 2010, he tweeted, “For example, I was going to say ‘Crappy Jew Year,’ but one of my resolutions is to be less anti-Semitic. So … HAPPY Jew Year. You Jews.” And this: “I don’t hate Mohawk Indians, though. I love those guys. I just hate Indians with mohawks. Different indians, different mohawks.”

A month ago, CNN photo editor Mohammed Elshamy was exposed for 2011 tweets. He apparently wrote, “More than 4 jewish pigs killed in #Jerusalem today by the Palestinian bomb explode,” and “Despite everything happening now in Egypt, I’m proud of the army generation that liberated us from the zionist pigs @ 6 october 1973”.

Those who live to expose Twitter outrages must be stopped!

Arthur Schwartz, an ally of Donald Trump Jr., tweeted, "If the @nytimes thinks this settles the matter we can expose a few of their other bigots. Lots more where this came from."

In The Times story, The Times admitted this was about "potentially embarrassing social media posts and other public statements," but a caption under another picture in the story warned, "The operation is the latest step in a long-running effort by President Trump and his allies to undercut the influence of legitimate news reporting."

So, in other words, everything The Times does is "legitimate." Everything its critics report about it is intended to "undercut the influence" of heroic journalists.

Not to be outdone in outrage, Times publisher Arthur Gregg Sulzberger issued a memo about his paper's allegedly "fearless and fair coverage" of Trump and complained, "They are using insinuation and exaggeration to manipulate the facts for political gain." The lack of self-awareness is mind-boggling. This sentence could be the motto of The New York Times.

A spokesman for CNN also looked silly by proclaiming that when those in government "and those working on their behalf, threaten and retaliate against reporters as a means of suppression, it's a clear abandonment of democracy for something very dangerous." Can we please stop these insufferable people from constantly insisting that they are the Embodiment of Democracy, and that when you attack them, democracy is abandoned, suppressed or endangered?

These journalists can dish it out against Trump and Trump backers, calling them the worst humans on Earth news cycle after cycle, but they're reduced to whining like children when someone somewhere says, "Boo!" about them.