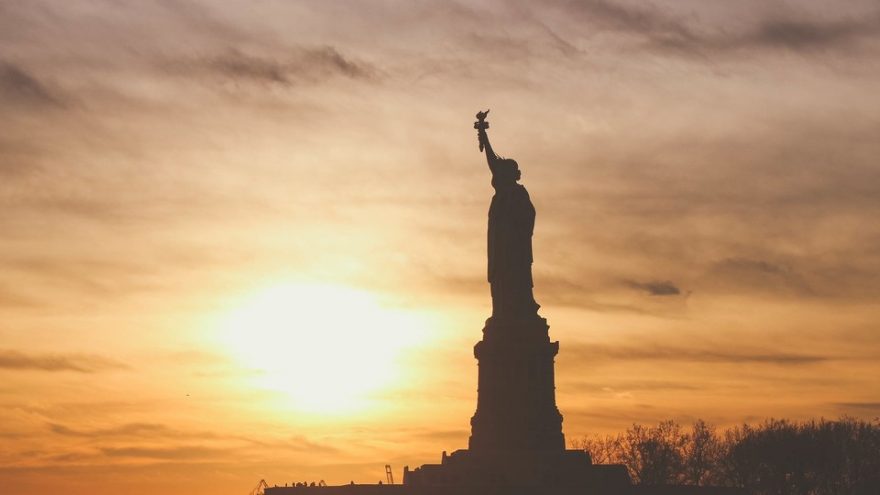 I am proud to be an American. Yes, I know that our system of government is not perfect, but I firmly believe that it is the best in the world. We are an exceptional country — not because our people are exceptional but because we have a different and exceptional structure of government. I am grateful that I was born an American.

We declared our independence from Great Britain 243 years ago this week. It happened after years of overreaching rule by King George III and Britain’s insistence on taxation without representation. We had had enough.

The taxation began in the 1760s. The Boston Massacre occurred in 1770, the Boston Tea Party in 1773 and the battles of Lexington and Concord in April of 1775.

Patrick Henry’s call to action, “Give me liberty or give me death,” made in the spring of 1775, was the first strong public statement that if we were to be free, then we would have to fight Britain. Before that, we believed that we could negotiate with Britain.

Henry stated it clearly: Our choice was liberty or death.

Our founders chose to take the challenge and declared our independence from Britain on July 4, 1776. When they signed the declaration, they knew that they were putting their lives at risk. They British would see them as traitors. Yet, they signed.

Our Declaration of Independence proclaims: “We hold these truths to be self-evident, that all men are created equal, that they are endowed by their Creator with certain unalienable Rights, that among these are Life, Liberty and the pursuit of Happiness. That to secure these rights, Governments are instituted among Men, deriving their just powers from the consent of the governed.”

The declaration of these so-called self-evident truths sets us apart. Other nations are founded on power belonging to an individual (dictator) or a government (communism). That individual or government then gets to determine what rights are given to people.

In our country, it is the exact opposite: All rights belong to the people, and we loan them to the government. But it is up to each generation to ensure that the government does not overstep and overrun individual rights.

According to a Gallup poll released this week, the level of pride in our country is the lowest recorded since Gallup started asking about it in 2001. While "70% of U.S. adults overall say they are proud to be Americans, this includes fewer than half (45%) who are 'extremely' proud." There is a large split between Democrats (22%) and Republicans (76%), reflecting the polarizing nature of our current political environment.

The two areas that fall below the 50% mark for all Americans are the "political system (32%) and health and welfare system (37%)."

There is a large gap between how Republicans and Democrats feel about the political system, with 42% of Republicans reporting being proud of it versus only 25% of Democrats.

The other area with a large gap between Republicans and Democrats is American economic achievements, where 89% of Republicans report being proud versus 64% of Democrats.

As both Republicans and Democrats responded that they are proud of most of the individual areas (6 out of 8), it seems that feelings about the current political environment are overshadowing the balance. This, too, is a problem in our current polarized environment. Not everything should be political, but increasingly, everything is viewed through a political lens.

Interestingly, while we might be at a low point in terms of pride in our country, we are still incredibly attractive to people from other countries. Daily, thousands of people are flooding across our southern border.

While our imperfect system of government might cause some to not feel proud of our country, I take pride in the fact that it nevertheless allows each of us to participate in our country's governing. We just have to step up and make sure our voices are heard.

Just as our Founding Fathers fought for our freedom over 200 years ago, we must continue to fight to ensure that our government remains ours and our freedoms remain intact.

11 thoughts on “Proud to Be an American”