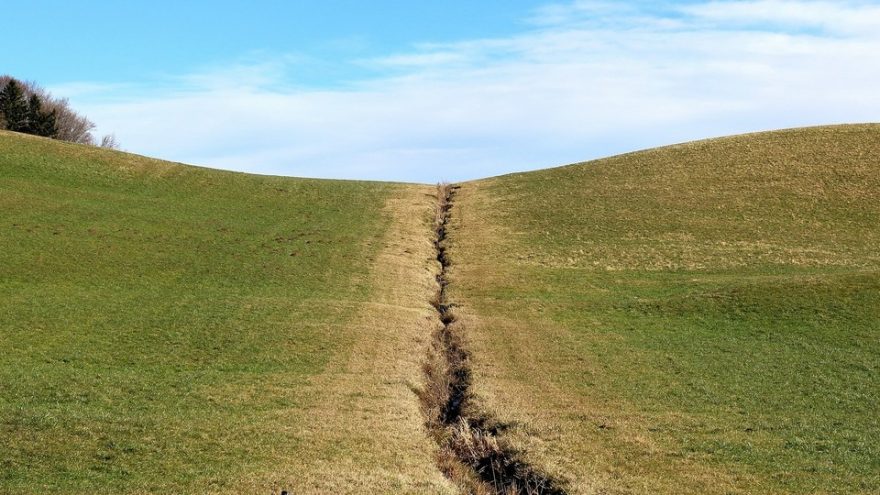 President Donald Trump has decided to cease cooperating with what he sees, not incorrectly, as a Beltway conspiracy that is out to destroy him.

“We’re fighting all the subpoenas,” Trump said Wednesday. “These aren’t, like, impartial people. The Democrats are out to win in 2020.”

Thus the Treasury Department just breezed by a deadline from the House Ways and Means Committee to deliver Trump’s tax returns.

Thus the Justice Department is withholding from the Oversight Committee subpoenaed documents dealing with the decision to include a question on the 2020 Census about citizenship status.

Across the capital, the barricades are going up figuratively as they did physically in the 1960s and '70s. Once more, it's us against them.

Cognizant of the new reality, Trump seems to be saying:

These House investigations constitute a massive political assault, in collusion with a hostile media, to destroy my presidency.

We do not intend to cooperate in our own destruction. We are not going to play our assigned role in this scripted farce. We will resist their subpoenas all the way to November 2020. Let the people then decide the fate and future of the Trump presidency — and that of Nancy Pelosi's House.

In response to Trump's resort to massive resistance, Rep. Gerald Connolly said: "A respect for the limits of your branch of government, a respect for the role of other branches of government, is sort of the oil that makes the machinery work. ... Absent that this breaks down. And I think we're definitely seeing that."

Connolly is not wrong. But the requisite mutual respect between the Democratic House and the Republican White House simply does not exist. It broke down a long time ago.

The campaign of 2020 is on. And the stakes are huge. Not only are the first and second branches of government in play, so, too, is the third, the Supreme Court. Many Democrats, refusing to accept the success of the 50-year conservative long march to capture the court, are determined to pack an expanded court with liberal justices to overturn the conservatives' victory.

With Republicans having won two presidential elections in 20 years, with fewer popular votes, Democrats are also resolved to rewrite the Constitution and abolish the Electoral College.

Not only ex-convicts but felons in prison must now be allowed to vote, says Bernie Sanders, even if that means the Boston Marathon bomber.

Under the Sanders reform, if someone murders you, he is still entitled to an absentee ballot. The right to vote is apparently more sacred than the right to life. Truly, this is the divination of democracy.

Trump's defiance of House subpoenas will fire up his base, which sees the world as he does and has never cottoned to what President Gerald Ford cherished as "the politics of compromise and consensus."

Whatever may be said about the "deplorables," they are not obtuse. They do not believe that people who call them racists, sexists, nativists and bigots are friends and merely colleagues of another party or persuasion.

Trump's defiance of subpoenas, however, will force the more moderate Democrats to join the militants in calling for hearings on impeachment in the House Judiciary Committee, which is where we are headed.

The media are already salivating over the possible removal of a president they have come to loathe more than their great nemeses of the 20th century — Joe McCarthy and Richard Nixon.

And the media will reward those who echo the call for impeachment.

This week, two more Democrats running for president, including Sen. Kamala Harris, came aboard. Soon, the House will capitulate to the clamor and the stampede will be on.

The problem for Democrats?

Attempting to overturn the election of 2016 and remove a president who has the passionate support of a third of the nation will sunder the Democratic Party base as surely as it will unite the Republicans.

Should impeachment succeed, a wound would be inflicted on the American body politic that would take years to heal.

In the longer run, however, the question being raised today goes to the long-term health of the republic itself.

America surely does not lack for diversity. Its diversity — racial, religious, cultural, ethnic, ideological, political — is visible and ever-growing. What is missing is the concomitant of unity.

Moreover, it is the more racially, culturally, religiously, ethnically, and ideologically diverse of the parties, the Democrats, that seems the more splintered than a Republican Party that is supposed to be afflicted with the incurable and fatal disease of Trumpism.

The questions raised by the present state of our politics, which might fairly be described as an American civil war without arms, are these: How does a nation so divided stand united in the world?

And if it cannot stand united in the world, how long does it remain a great nation?

6 thoughts on “A Nation at War With Itself”