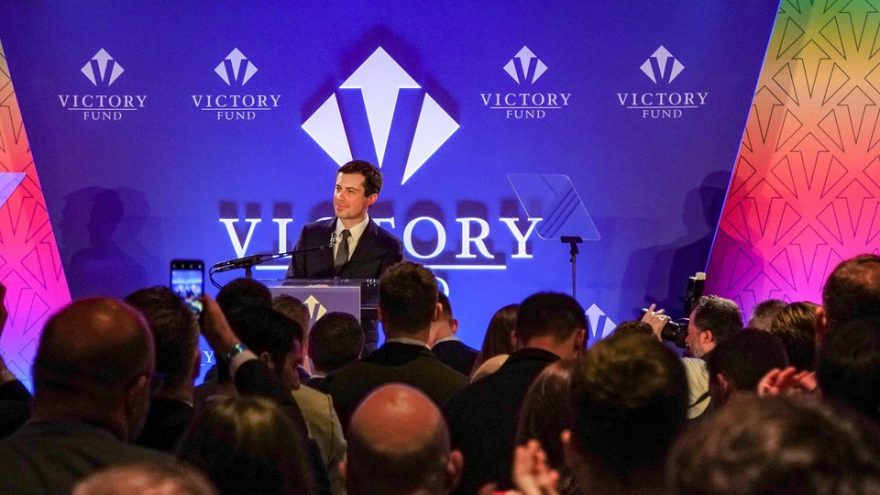 Mayor Pete Buttigieg, one of the many Democrats running for President, keeps trying to play a Christian on television, and it’s been going badly for him. Buttigieg recently said of Donald Trump, “It is hard to look at his actions and believe they are the actions of somebody who believes in God.” On “Meet the Press,” Chuck Todd asked Buttigieg about that.

Buttigieg said he thought evangelicals backing President Trump were hypocritical because when Buttigieg goes to church, he hears about taking care of the poor and refugees. Trump, Buttigieg says, does not do that. Buttigieg went on to draw a distinction: In his professional conduct, Trump does not take care of the poor and refugees as scripture commands. Buttigieg continued that in Trump's personal life, as well, he falls short of Christian behavior. (He is right on that part, too, by the way. But then, we are all sinners.)

Buttigieg thinks the President does not behave as one who believes in God because, as President, Trump is not following scriptural commands. Then, Todd asked Buttigieg about his position on abortion, and Buttigieg's response was that abortion is a moral issue and we cannot legislate morality. In fact, Buttigieg tried to wave away the clear science on the issue of when life begins so he could argue about governing based on our morality.

This is why progressive Christianity is so corrupt and flawed. As much as Buttigieg makes a valid critique on the President's behavior and some evangelicals excusing that behavior, Buttigieg wants to reject the inconvenient parts of faith he does not like. He is a gay man who got married; he does not think homosexuality is a sin despite express statements in scripture. And he thinks abortion is a moral issue. He would, he says, avoid governing using his morality.

Buttigieg is trying to have it both ways and, in reality, is showing he is no better a Christian than Trump. What is particularly bothersome here is that Buttigieg claims to be governed by some moral code and he claims he will lead as a more moral President than Trump. At the same time, he claims elected officials should not govern based on their morality.

Everyone has a moral code, and we all conduct our actions by our moral code. Buttigieg just wants a pass on his moral code, which is all about not taking inconvenient stands on parts of scripture that might make his life a bit uncomfortable. He will wield scripture against the President and abdicate when it comes to himself.

Frankly, Buttigieg makes a valid criticism of evangelicals who give the President a pass on his bad behavior. There are too many evangelicals unwilling to call the President to account for his failures to repent, his doubling down on bad behavior, etc. Buttigieg, however, is not making the point that Christians should vote for Democrats. He is making the case that they should stay home. Therein lies the rub. He does not think anyone should legislate their morality, so why should anyone vote their morality?

Ultimately, however, Christians can be Christians and Americans. They must put their faith first, something Buttigieg himself is unwilling to do except when it is convenient. Given the choices of a bunch of terribly flawed candidates, it is understandable that Christians are willing to side with the one who will protect their right to exercise their religion in their daily lives rather than the ones who offer platitudes with persecution.

Lastly, note that as Democrats make science their god, Buttigieg does his best to avoid the science of when life begins. He knows he cannot argue that point, so he refuses to even accept it as part of the debate. That is what trips him up. The science amplifies the moral case against Buttigieg's position. Undoubtedly, however, Buttigieg will make the moral case for accepting transgenderism and demand we legislate on it. It is just the children in the womb he is OK discarding. The same God that commands we take care of the widows, the poor and the refugees commands us to take care of children, too, Pete.