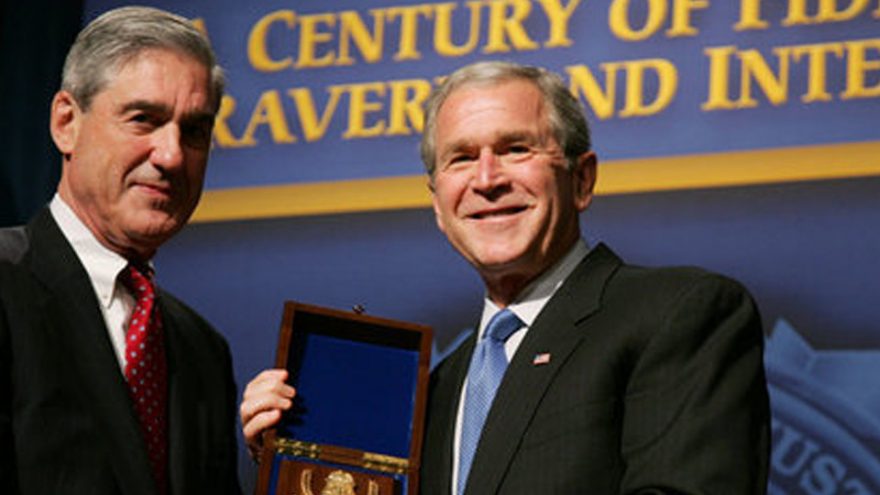 With the release of the redacted Mueller report, Americans can be grateful that their president did not so blatantly violate any law that the special counsel felt compelled to indict him. Really. It’s better than learning that he was caught red-handed in a multitude of Class A felonies.

The public should not, however, be consoled by everything else that was revealed. The report compiles a profusion of evidence that the president is a disgrace to his office, giving exclusive consideration to his own welfare and none to the interests of the public. Felonious? Maybe not. Villainous? Without a doubt.

For Republicans to celebrate the findings is a desolate testament to Trump's ability to corrode standards so badly that even he can meet them. His partisan defenders insist on claiming that the president has been vindicated, even though the investigation has led to the criminal conviction of six Trump associates, including his campaign manager and his national security adviser.

The claim of vindication comes even though the special counsel confirmed that, in instance after instance, Trump behaved in ways that were dishonest, intemperate, contemptuous of the rule of law, ethically foul and quite possibly criminal.

Mueller's answer might have been "yes," except that, as the report says, "we recognized that a federal criminal accusation against a sitting president would place burdens on the president's capacity to govern." The Justice Department has long taken the position that a sitting president may not be indicted.

But the special counsel intended no exoneration of Trump. "If we had confidence after a thorough investigation of the facts that the president clearly did not commit obstruction of justice, we would so state ... However, we are unable to reach that judgment."

Over and over, the report cites actions that would have been spectacularly scandalous had they been committed by Barack Obama or George W. Bush. Trump tried to kill the investigation by leaning on FBI Director James Comey, telling his White House counsel to have Mueller fired, demanding that the attorney general intervene despite his recusal, and making threats and suggesting pardons to discourage witnesses from incriminating him. But Trump benefits because sordid conduct is what the citizenry expects of him, and what his supporters defend.

No one should be pleased to learn that in the face of the Kremlin's efforts to elect Trump, he and his campaign aides were willing beneficiaries rather than active conspirators. Attorney General William Barr, parroting the president before releasing the report, claimed repeatedly that the special counsel found "no evidence" of "collusion."

Oh? The investigation "identified numerous links between the Russian government and the Trump campaign" and found that "the Russian government perceived it would benefit from a Trump presidency and worked to secure that outcome, and that the campaign expected it would benefit electorally from information stolen and released through Russian efforts."

Donald J. Trump Jr., we already knew, eagerly agreed to a meeting in which he expected Russians to provide dirt on Hillary Clinton - a meeting that, Mueller notes, the president himself later lied about. What about this was not "collusion"?

The material released Thursday came under the title, "Report on the Investigation into Russian Interference in the 2016 Election." It documents all the ways in which the Russian government acted to deliver the presidency to Trump, by flooding social media with bogus information and engaging in

cyberattacks on Democratic targets. The effort amounted to a rape of American democracy, carried out by a thuggish autocrat.

That's not the worst thing. The worst thing is the president's conspicuous reluctance to confront Vladimir Putin head-on over his meddling. Trump has been slow and grudging in trying to prevent a 2020 repetition. The administration imposed sanctions on Russian figures last year, but only in response to a congressional demand.

Instead, Trump has mostly treated the Kremlin boss as someone to be embraced, despite the warnings of U.S. intelligence agencies. After his July 2018 Helsinki news conference with Putin, Sen. John McCain declared, "No prior president has ever abased himself more abjectly before a tyrant."

Trump's actions, as documented by the special counsel, may not have been those of a criminal. They certainly were not those of a patriot.

37 thoughts on “The Mueller Report’s Damning Portrait of Trump”