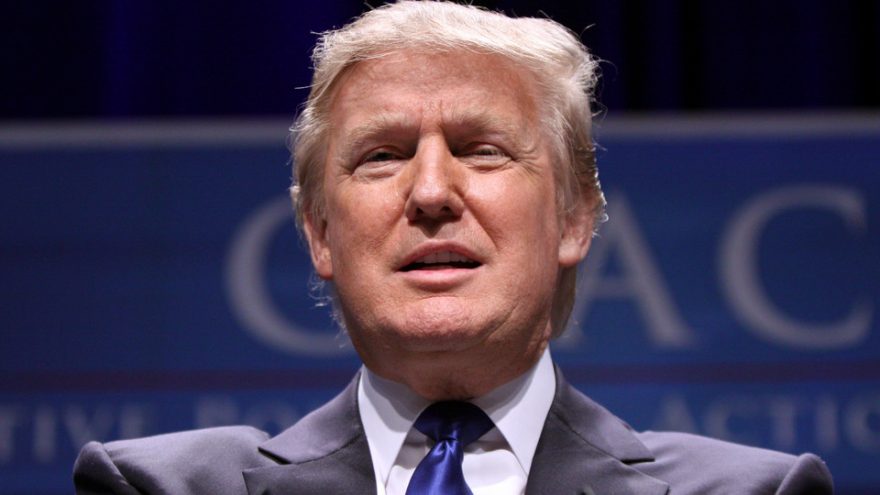 Jeb Bush was the Cassandra of the 2016 presidential race. She was the figure in Greek mythology whose gift was being able to foresee the future — and whose curse was that she would not be believed.

Bush had the most accurate prediction of the campaign, if not of the 21st century. “He’s a chaos candidate,” he said of Donald Trump in a 2015 debate. “And he’d be a chaos president.”

What elicited that accusation was Trump’s vow to bar all Muslims from entering the country. Once in office, Trump moved quickly to confirm Bush’s gift for prophecy by issuing an executive order blocking travel from seven Muslim-majority nations. International airports in the U.S. were thrown into instant turmoil, with hundreds of travelers detained, sent back on arrival or intercepted en route.

Even Senate Republican Leader Mitch McConnell expressed doubts about the policy. To add to the disarray, the travel ban was blocked by the courts, as was a second version. It took three tries for the administration to come up with one that didn't obviously violate the Constitution, though it is still under legal challenge.

But what would have been a low point for most administrations was just the beginning of the nonstop upheaval that has marked Trump' tenure. His sole talent is to upend normal, sensible ways of governing for no discernible purpose.

This addiction to upheaval is lately manifest in his firing of Homeland Security Secretary Kirstjen Nielsen, his withdrawal of the nomination of Ronald Vitiello to be head of Immigration and Customs Enforcement and his dismissal of Secret Service Director Randolph Alles. L. Francis Cissna, head of United States Citizenship and Immigration Services, is also expected to be shown the door.

All these departures occur in the middle of what the president portrays as a grave national emergency at the Mexico border. DHS will have to function with an acting secretary, current Customs and Border Protection Commissioner Kevin McAleenan.

The agencies assigned to solve the crisis that Trump sees as paramount will be deprived of leadership. It's the equivalent of fighting a war without generals.

In two years, Trump has already parted ways with 15 Cabinet members, more than George W. Bush and Barack Obama, combined, lost in their 16 years. The attrition rate for his other senior positions is 66 percent, far higher than any recent president's. In this administration, there are two main types of high-level officials: those who choose to leave and those who get fired.

The pattern is an endless refutation of Trump's promise to bring in the best people. Either the people he's gotten rid of were not the best people, or the best people were not good enough for him. Everyone he appoints comes with Trump's assurance of how wonderful they are; many of those who depart do so under a cloud of presidential disdain.

A journalist who described Trump's first secretary of state as "dumb as a rock" or his first attorney general as "mentally retarded" would be seen as grossly biased against the president. But it was Trump who flung those insults at Rex Tillerson and Jeff Sessions. What does it say about the president that he chose them?

His supporters contend that a "deep state" within the federal bureaucracy is working to subvert his noble policies. But every time one of his appointees leaves and a new one has to be found and installed, the bureaucracy is left to operate more or less on its own, unconstrained by a boss who has the capacity to put Trump's policies into practice. It would make more sense for Trump to enlist talented leaders and let them do their jobs.

Actions are revealing. When Trump keeps fomenting chaos, even when it prevents him from achieving what he says he wants, we have to conclude that what he really wants is chaos.