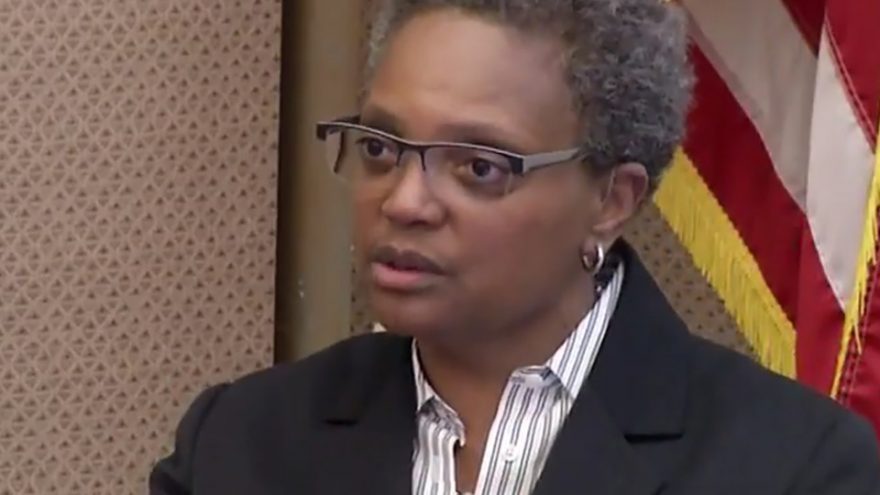 Image courtesy of the MacLean Center
By  Guest Columnist

On Tuesday, Chicagoans did something that no one imagined a year ago, voting by a mammoth margin to entrust the mayor’s office to an uncharismatic gay black woman who has never held elective office. Lori Lightfoot was the most surprising election winner since — well, since Donald Trump.

Chicago is not a cross-section of America, but developments and tendencies seen in America’s third-largest city often reflect the general pattern of the nation’s political evolution. And those on display Tuesday offered some clues about how the 2020 presidential election may go.

One conclusion to be drawn from the mayoral race is that large fields make for unpredictable outcomes. There were 14 candidates on the Feb. 26 ballot, including some formidable figures who enjoyed big advantages in name recognition, proven vote-getting prowess and fundraising. But given such a wide range of options, voters are unlikely to coalesce rapidly behind any of them — even those who start out looking like winners.

For a candidate, assembling a majority is not the first priority; building a small base of supporters can be enough, at least in early contests. Lightfoot, today's landslide winner, got just 17.5 percent in the first round, and that was enough to put her in first place. Toni Preckwinkle made the runoff with only 16 percent. The candidates who didn't survive captured 2 out of every 3 votes.

We already knew about this phenomenon from the last presidential election. No one gave Trump a chance of winning early on. But he won the New Hampshire primary with 35 percent of the vote, and he was able to win several more primaries with far less than a majority. One key to his success was a surfeit of rivals who managed only to kill each other off until he had a commanding lead.

In the mayoral race, we found that being well-known at the start is not an indispensable attribute. A long and crowded campaign gives obscure candidates a chance to gain attention. Lightfoot's victory should be taken as encouraging by such Democratic presidential contenders as Pete Buttigieg, Jay Inslee, John Hickenlooper and even Marianne Williamson and Andrew Yang.

What is plain from this election is something that was also apparent in 2016: Voters don't place immense importance on experience in elective office, of which Lightfoot has none. Neither did J.B. Pritzker before he was elected governor of Illinois, and neither did his predecessor, Bruce Rauner. Nor, of course, did Trump. These examples are not hopeful indicators for Joe Biden, Bernie Sanders, Amy Klobuchar or Cory Booker.

The public's attitude stems from the performance of elected officials and government institutions over the past two decades. Nationally, those include the 9/11 attacks, the Iraq war, the financial crisis of 2008, the Great Recession and the slow recovery that followed.

In Chicago, they include the sharp increase in murders in 2016, the 2014 killing of 17-year-old Laquan McDonald by a Chicago cop and the ensuing cover-up, the crushing public pension debt, and repeated tax increases.

Looking at the debacles produced by veteran leaders who were supposed to know what they were doing, people find themselves more willing to take a chance on inexperienced newcomers. Trump's many blunders and inability to learn from them may eventually curb this popular impulse, but not just yet.

Fresh faces seem to have considerably more appeal than before. Lightfoot benefited from being a conspicuous departure from the straight white men, Rahm Emanuel and Richard M. Daley, who preceded her. In a runoff featuring two African-American women, Preckwinkle was better connected and more establishment-oriented, and those hard-earned traits turned out to be liabilities.

Why did Americans elect Barack Obama and then Trump, who had almost nothing in common? Because each candidate represented something very different from what came before. Hillary Clinton's stature and expertise were a mixed blessing when she ran against Obama in 2008 and Trump in 2016.

The days when George W. Bush could succeed largely because he came from a famous political family are over. Ask Jeb. Or ask Bill Daley, son of one Chicago mayor and brother of another, who failed to make the runoff.

Image courtesy of the MacLean Center