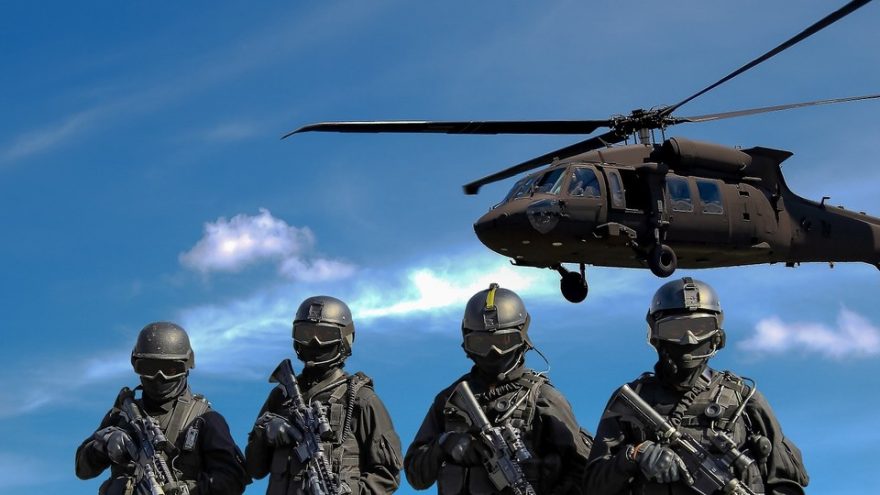 “The president has said that he does not want to see this country involved in endless wars… I agree with that,” Bernie Sanders told the Fox News audience at Monday’s town hall meeting in Bethlehem, Pennsylvania.

Then turning and staring straight into the camera, Bernie added:

“Mr. President, tonight you have the opportunity to do something extraordinary: Sign that resolution. Saudi Arabia should not be determining the military or foreign policy of this country.”

Sanders was talking about a War Powers Act resolution that would have ended U.S. involvement in the five-year civil war in Yemen that has created one of the great humanitarian crises of our time, with thousands of dead children amidst an epidemic of cholera and a famine.

Supported by a united Democratic Party on the Hill, and an anti-interventionist faction of the GOP led by Sens. Rand Paul and Mike Lee of Utah, the War Powers resolution had passed both houses of Congress.

But 24 hours after Sanders urged him to sign it, Trump, heeding the hawks in his Cabinet and National Security Council, vetoed S.J.Res.7, calling it a "dangerous attempt to weaken my constitutional authorities."

With sufficient Republican votes in both houses to sustain Trump's veto, that should be the end of the matter.

It is not: Trump may have just ceded the peace issue in 2020 to the Democrats. If Sanders emerges as the nominee, we will have an election with a Democrat running on the "no-more-wars" theme Trump touted in 2016. And Trump will be left defending the bombing of Yemeni rebels and civilians by Crown Prince Mohammed bin Salman of Saudi Arabia.

Does Trump really want to go into 2020 as a war party president?

Does he want to go into 2020 with Democrats denouncing "Trump's endless wars" in the Middle East? Because that is where he is headed.

In 2008, John McCain, leading hawk in the Senate, was routed by a left-wing first-term senator from Illinois, Barack Obama, who had won his nomination by defeating the more hawkish Hillary Clinton, who had voted to authorize the war in Iraq.

In 2012, the Republican nominee Mitt Romney, who was far more hawkish than Obama on Russia, lost.

Yet, in 2016, Trump ran as a different kind of Republican, an opponent of the Iraq War and an anti-interventionist who wanted to get along with Russia's Vladimir Putin and get out of these Middle East wars.

Looking closely at the front-running candidates for the Democratic nomination of 2020 — Joe Biden, Sanders, Kamala Harris, Beto O'Rourke, Pete Buttigieg, Elizabeth Warren, Cory Booker — not one appears to be as hawkish as Trump has become.

Trump pulled us out of the nuclear deal with Iran negotiated by Secretary of State John Kerry and reimposed severe sanctions.

Trump has recognized Jerusalem as Israel's capital, moved the U.S. Embassy there, closed the consulate that dealt with Palestinian affairs, cut off aid to the Palestinians, recognized Israel's annexation of the Golan Heights seized from Syria in 1967, and gone silent on Bibi Netanyahu's threat to annex Jewish settlements on the West Bank.

Sanders, however, though he stands by Israel, is supporting a two-state solution and castigating the "right-wing" Netanyahu regime.

Trump has talked of pulling all U.S. troops out of Syria, Iraq and Afghanistan. Yet the troops are still there.

Though Trump came into office promising to get along with the Russians, he sent Javelin anti-tank missiles to Ukraine and announced a pullout from Ronald Reagan's 1987 INF treaty that outlawed all land-based intermediate-range nuclear missiles.

When Putin provocatively sent 100 Russian troops to Caracas — ostensibly to repair the S-400 anti-aircraft and anti-missile system that was damaged in recent blackouts — Trump, drawing a red line, ordered the Russians to "get out."

Biden is expected to announce next week. If the stands he takes on Russia, China, Israel and the Middle East are more hawkish than the rest of the field, he will be challenged by the left wing of his party, and by Sanders, who voted "no" on the Iraq War that Biden supported.

The center of gravity of U.S. politics is shifting toward the Trump position of 2016. And the anti-interventionist wing of the GOP is growing.

And when added to the anti-interventionist and anti-war wing of the Democratic Party on the Hill, together, they are able, as on the Yemen War Powers resolution, to produce a new bipartisan majority.

Prediction: By the primaries of 2020, foreign policy will be front and center, and the Democratic Party will have captured the "no-more-wars" political high ground that Candidate Donald Trump occupied in 2016.