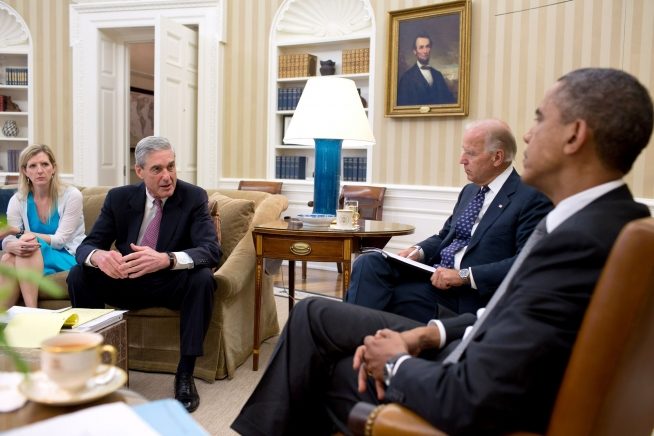 
The Mueller report came as a big thud for Democrats and NeverTrumpers who’ve been frothing at the mouth for a big indictment of collusion, treason, obstruction…anything they could get their hands on to punish Trump for winning the election in 2016. It didn’t happen. It’s over for them. It’s also just the beginning for them.

The Witch hunt is over but the real investigation is getting its wings. The 400+ page report of junk and wasted money is available for anyone to read. For most of us, over the last couple of years, we've known this whole investigation was a sham and an illegal hunt for a crime. What we are about to see now is an unfolding of a planned coup attempt on a democratically elected President.

What will unfold is investigation into what historians will consider one of the greatest political ‘witch-hunts’ in U.S. history. If justice is served, those responsible will be outed and prosecuted.

Americans deserve to know the truth about this investigation and the abuses of power that our corrupted officials have been using. It's been ongoing for many years but came to a head when they tried to oust our President. Will they face justice? Sarah Carter seems to think so.

Those officials who weaponized the intelligence community, approved unauthorized surveillance on American citizens based on unvalidated information and targeted a sitting president should fear the wrath of ‘lady justice.’

America does need to heal and recover from this brutal investigation and propaganda effort by the left and their media allies. However, if they're not held accountable and brought to stiff justice, there can be no healing. We know that it would just happen again. The same thing that happens when you tell a child they shouldn't do something and then reward them for doing it.

Transparency and justice is the only way we can regain the trust in the institutions that make our great nation the envy of those around the world.

America needs to know the truth, and soon we will.

29 thoughts on “The Tables Have Turned: Here Comes The Real Story Of Collusion And Corruption”