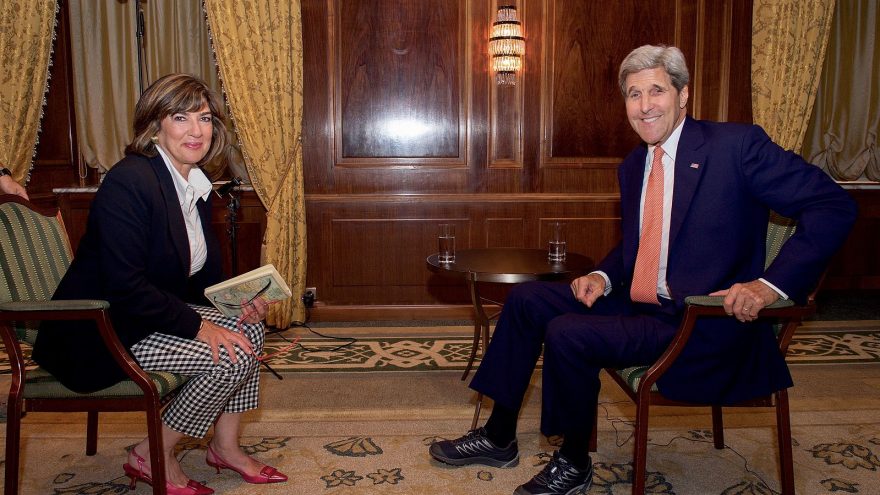 Christiane Amanpour suggested the FBI should have shut down the 'lock her up' chants at rallies across the country. She also suggests that the chant is a form of Hate Speech. Amanpour posed a leading question to James Comey in an interview on CNN.

Of course, ‘lock her up’ was a feature of the 2016 Trump campaign. Do you, in retrospect, wish that people like yourself, the FBI, I mean, the people in charge of law and order, had shut down that language—that it was dangerous potentially, that it could’ve created violence, that it’s kind of hate speech. Should that have been allowed?

She doesn't stop with the suggestion that it could be hate speech. She also tosses out the idea that the government should have shut that language down.

It’s also well-worth noting Amanpour’s desired outcome in this case goes even further than most leftist efforts to narrow the boundaries of acceptable speech in that she actually suggested government intervention.

We know that censorship has found its way into social media platforms like Twitter and Facebook, and likely search engines like Google, but to suggest government enacted censorship is a step beyond what many could imagine. It's one thing to read this on Twitter from some partisan hack online, but that is not the case here..

It was the “chief international anchor” of a major cable network, a powerful woman who’s widely respected in her industry, using airtime to argue federal law enforcement should have stopped people from saying “lock her up.”

If you still question whether the left wants to straight up outlaw conservative opinion and speech, you're not paying attention at all.

5 thoughts on “Imagine Hating America’s Freedom This Much!”