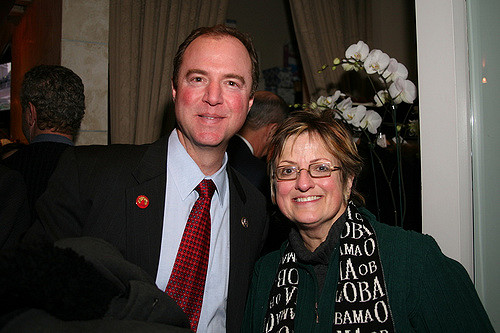 Schiff has repeatedly claimed there is 'direct evidence' of Russian collusion and that he has seen 'more than circumstantial evidence'. All the other Republicans on the committee as well as the Mueller team have disagreed. In their letter to Schiff:

Imagine the consequence for a Republican who did this same thing to, oh I don't know, Obama. Anyone think they'd still be in office? President Trump has joined in asking for Schiff to resign from Congress.

“Congressman Adam Schiff, who spent two years knowingly and unlawfully lying and leaking, should be forced to resign from Congress!”

How much hate has been stoked by the blatant lies from those in a position with access to Intelligence information? How much violence? There have been, no doubt, serious consequences from the lies he's told over the last couple of years. There is no place for this in our government but, hey, maybe he can get a power hour anchor job over at CNN or MSNBC.

One thought on “Adam Schiff Out?”