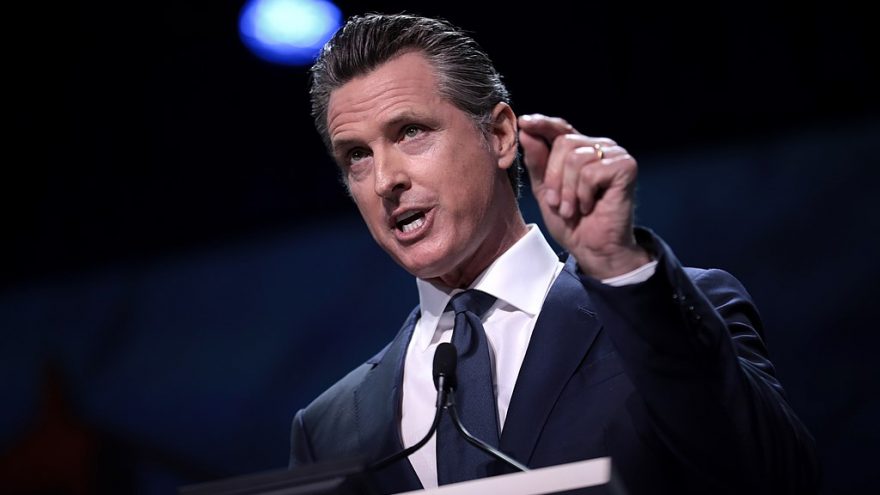 California Governor Gavin Newsom is getting nervous about losing his governorship in the September 14th recall election. He desperately struck out at Republican frontrunner Larry Elder, saying he is farther to the right than Donald Trump, reports Fox News.

Some political strategists have reported that there is a real possibility to Gov. Newsom could be voted out. Dave Gilliard says that “Gavin Newsom is in serious trouble at this time because his base of voters is not motivated to come out and support him.”

According to a poll done by UC Berkley’s Institute of Governmental Studies, a Republican candidate has a real shot at unseating Governor Newsom as well.

The poll reveals that many Democrats and independents are not motivated to get out and vote. This could be because many assume that the election is just a formality and that Newsom will retain his office.

But the poll shows that almost 90% of registered Republicans expressed a high interest in the election, compared to only 58% and 53% Democrats and independent voters, respectively.

Mark DiCamillo, the director of the poll, said that Newsom has some work to do if he wants to stay in power: “I think the Newsom campaign really has to light a fire among the Democrats and say, ‘Look, the outcome is in jeopardy unless you get out there and vote.’”

On Friday, Newsom said, “[Elder]’s to the right of Donald Trump. To the right of Donald Trump. That’s what’s at stake in this election and don’t think for a second you can’t do damage in that role. Think about the judges he could appoint. Who would he have appointed to replace Kamala Harris in the U.S. Senate? How would that impact the trajectory of this country. What would this mean for the future of the Democratic party in our efforts to keep the House of Representatives.”