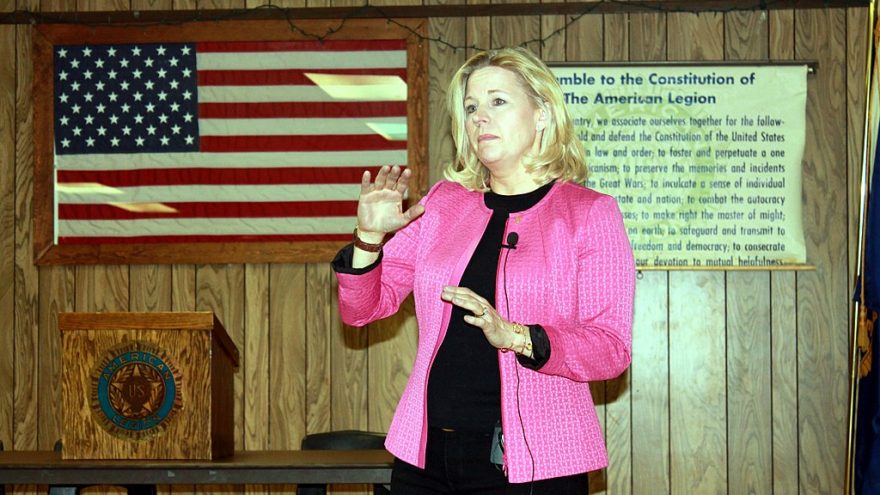 
Republican Rep. Liz Cheney is out as Republican conference chair in the House of Representatives. The story has dominated American news outlets over the past week. Most Americans are probably hard-pressed to care about the story, but to the political press in the United States, the story has mattered deeply.

This past Tuesday night, as rockets rained down on Tel Aviv from Gaza, the press was focused on Cheney’s pending ouster, which happened Wednesday morning. On Wednesday afternoon, while President Joe Biden was holding a press conference about the Colonial Pipeline shutdown, MSNBC was holding a panel discussion about Cheney and the future of the Republican Party.

Chris Cillizza, CNN’s regurgitator of convention hot takes, wrote, “The maneuvering to get Cheney out on Wednesday bodes very poorly for House Republicans.” One would think the House GOP conference chair was an important position. It is not. One would assume Americans care. They do not.

To understand the salacious, constant coverage of Cheney by the press, we must venture across the Atlantic to Great Britain and consider an essay by former Prime Minister Tony Blair on the collapse of the global progressive movement generally and his Labour Party in particular. Writing in the New Statesman, Blair notes that Biden won not because of some sweeping progressive agenda but because former President Donald Trump was “considered by centre-ground voters to be uniquely strange and unacceptable in his behaviour. … Without Biden, and his self-evident reasonableness and moderation, there might have been no victory.”

Therein lies the reason for the press's obsession with Liz Cheney. In the absence of the press's obsessive coverage, they might have to focus on the calamitous effects of the first five months of the Biden presidency. The border is overrun with illegal aliens. Inflation is on the rise above initial Federal Reserve estimates. The number of available jobs in the private sector grows as unemployment increases.

The free market, it turns out, cannot compete against the government using taxpayer dollars to subsidize unemployment. There are gas lines and energy price increases. As the humor site The Babylon Bee headlines, "Biden Continues Rollback of Trump Policies Like Peace In The Middle East." There is also a crime wave in major urban and suburban areas around the country.

Beyond those, the left's cancel culture and woke politics continue with reckless abandon. Journalist Christopher Rufo uncovered the Walt Disney Corporation sending employees into left-wing diversity training that claimed the United States had a "long history of systemic racism and transphobia." The Biden administration is advancing abortion rules that would yet again force Christian organizations to pay for abortions.

The Department of Education is advancing rules that embrace the revisionist and historically counterfactual "1619 Project" from the New York Times. Some Democrats continue to demand police departments be defunded. The federal government continues to undermine its message on vaccines, engages in lectures on mask mandates contrary to what the science suggests, and has let left-wing teachers unions hold school reopenings hostage, even as parents demand their kids return to school.

As Blair notes in his essay, "Today progressive politics has an old-fashioned economic message of Big State, tax and spend which, other than the spending part (which the right can do anyway), is not particularly attractive. This is combined with a new-fashioned social/cultural message around extreme identity and anti-police politics which, for large swathes of people, is voter-repellent."

Given the current state of affairs, the press has concluded it is better to amplify supposed divisions in the GOP as a way to turn off voters than cover what filled the American power vacuum in the absence of Donald Trump.

29 thoughts on “The Truth Behind the Cheney Story”