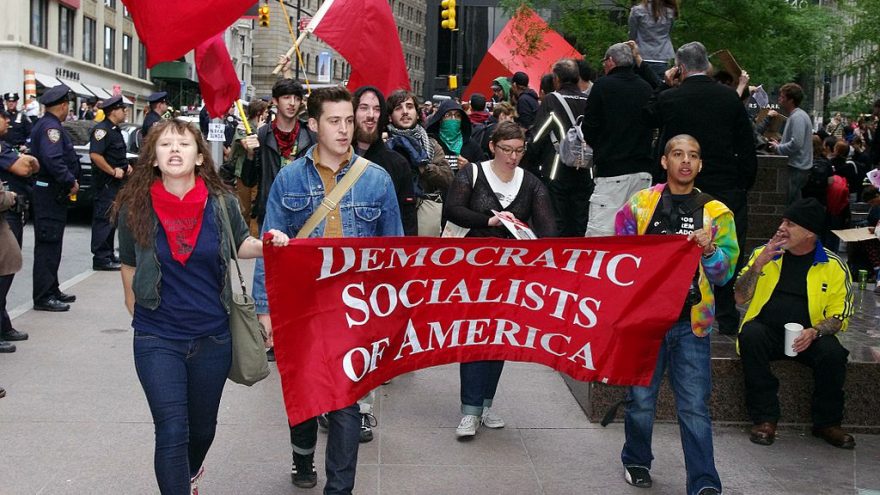 
Stephen Collinson is well-known among conservatives as the most hackneyed of the hacks at CNN. The CNN Politics Twitter account promoted his latest online essay with the words “President Biden to showcase his moderate radicalism in his big congressional address.”

“Moderate radicalism”? Doesn’t that make about as much sense as “quiet loudness”?

Collinson argued, “Biden’s quiet radicalism is expressed through a huge pandemic rescue bill, a larger proposal that redefines the concept of infrastructure, and a massive health and child care blueprint.” In other words, a socialist blueprint.

Politico gushed with this headline: “Biden Just Gave the Most Ideologically Ambitious Speech of Any Democratic President in Generations.” Our socialist media won’t use the S-word. They use words like “bold” and “ambitious” and repeat phrases like “go big or go home” — as if you couldn’t say a Soviet five-year plan was “go big or go home.”

Collinson spun furiously against the radical reality. “Republicans have struggled since the presidential campaign to portray Biden, a classic Washington Democratic centrist for 50 years, as some kind of raging socialist who wants to bring down US society,” he wrote. “As a White, elderly man, Biden is a difficult target for Trump-loving conservatives, who like to portray racially diverse Democrats as a threat to what they see as Anglo-Saxon cultural traditions.”

The news and entertainment elites are going on defense. CBS late-night host Stephen Colbert — a comedic Stephen Collinson? — disdained the idea that all Biden’s proposed tax increases are socialist, referencing a satirical, fake quote about Adam Smith favoring taxes for billionaires who are “shooting sports cars into space.”

On Comedy Central's "The Daily Show," Trevor Noah mocked the "fake news" that Vice President Kamala Harris' kiddie picture book was being handed out to migrant children as combining "immigration, socialism and reading: the three worst things in the world!"

On NBC's "Today" show, co-host Savannah Guthrie cited the Biden line of "go big or go home" and wondered whether Democrats have enough power to pass it. Democratic pundit and former Sen. Claire McCaskill defensively replied: "Expanding public school to pre-K is not socialism. Making sure that women can take leave when they have a baby is not socialism. That is really smart policies that most Americans really want."

In the midnight hour on MSNBC, New York Times reporter Elaina Plott guessed that "he delivered what was really the most progressive address, I would say, at a joint session, maybe since LBJ." But he still didn't "give Republicans a lot to latch onto" and that "Joe Biden's brilliance in some ways is that he's kind of boring." Host Chris Hayes said this was because he is white. NBC reporter Sahil Kapur added that Biden's "superpower" is that "He makes massive, multitrillion-dollar, FDR-size liberal policies sound moderate and middle-of-the-road."

But his "superpower" here is the media elite. They are the ones who have sold Jimmy Carter, Walter Mondale, Michael Dukakis, Bill Clinton and Hillary Clinton, Barack Obama and Joe Biden as moderates. This has grown increasingly ridiculous, but they keep shifting the "center" to the extreme left.

As we creep ever closer to their dreams of European socialism, the media whisper sweet nothings that this is merely "smart policies most Americans want." They insist Biden is difficult to "latch onto" and "villainize" because they are energetically working to prevent the argument that Democrats are ever extreme on anything.

17 thoughts on “None Dare Call It Socialism?”