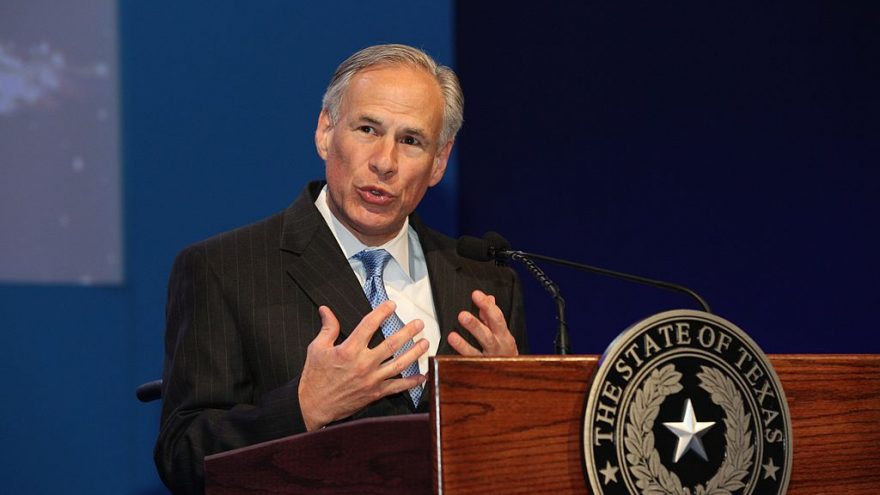 
Texas is putting its boot down on Vaccine Passports.

Governor Greg Abbot’s new executive order makes it illegal for businesses to require proof of vaccination to offer their product or service—as reported by The Daily Wire. That makes Texas the second state to take the step: Governor Ron DeSantis issued a similar order for Florida.

At his press conference, Governor Abbot spoke at length about the voluntary nature of vaccines–no matter how safe they may be–as well as the potential privacy health violations involved in mandating vaccine info.

“But, as I have said all along, these vaccines are always voluntary and never forced. Government should not require any Texan to show proof of vaccination and reveal private health information just to go about their daily lives,” the governor continued. “That is why I issued an executive order that prohibits government-mandated vaccine passports in Texas. We will continue to vaccinate more Texans and protect public health and we will do so without treading on Texans’ personal freedoms.”

“We will continue to vaccinate more Texans and protect public health — and we will do so without treading on Texans’ personal freedoms,” Abbot commented in a video posted to his Twitter account.

The order does include exceptions for nursing homes and long-term care facilities—citing the need for these places to protect their patients.

Governor DeSantis has similar things to say about his own order:

“It’s completely unacceptable for either the government or the private sector to impose upon you the requirement that you show proof of vaccine to just simply participate in normal society,” DeSantis said. “You want to go to a movie theater, should you have to show that? No. You want to go to a game, a theme park? No. So we’re not supportive of that.”

The announcement comes on the heels of New York making the opposite move: entertainment venues have begun using the Excelsior Pass to grant access to large events. The pass matches personal info with state vaccine records to confirm vaccination.

Madison Square Garden was the first use case for the Excelsior, but it’s expected to become integrated into smaller venues like art galleries.

Critics of the pass have cited how easy it is to fake them (better delete those vaccine selfies), along with the creeping effect that begins at sports stadiums and ends at grocery stores.