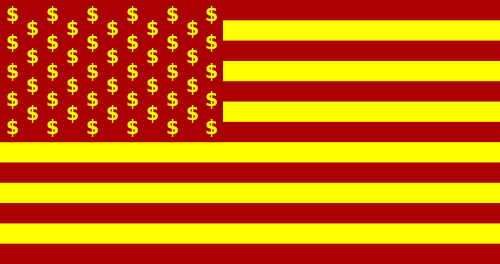 These corporations each have a story of success and giving back to society. They started with an idea and a dream, and hard-working men and women made the dreams come true. Many reaped the benefits of access to quality products and employment opportunities that accompany such growth. This is the inspiration behind our nation’s economic system—a free market.

So, why would anyone wish to disrupt, much less tear down, a system that has worked for hundreds of years?

What is “Woke Economics?”

Woke Economics is nothing more than a temporary, symbolic method of advertising. The business claims to stand by a cause or a movement, when in reality, they haven’t changed their business model or made their product or service more accessible “for the common good.” Their so-called message is temporary until the next big trend comes about.

Consider Nike. The company’s decision-makers decided to remove shoes that bore the Betsy Ross flag from store shelves  in response to Colin Kaepernick–who claimed the symbol represented white supremacy. They caved into social and political pressure presented by a high-profile (former) athlete who has yet to have scored another NFL contract.

As Tim Busch, founder the NAPA Institute describes, “Woke capitalism is the shorthand way to describe the trend in which activists and politicians pressure companies to back their preferred policies.” He goes on to explain, “The ultimate goal is to drive these businesses out of business. In other words, woke capitalism is a synonym for bullying in the economic space.”

What are the detrimental effects?

First of all, Woke Economics prompts businesses to spend an exorbitant amount of money on a practice called virtue signaling. This involves strategic social media marketing and even apparel (i.e.: t-shirts, face masks, or caps) for employees to sport and “show their solidarity” for social justice.

All the money spent on the grandstanding could have gone toward wage increases or other perks for the workers.

Secondly, Woke Economics blocks people who don’t share the same views from the economy. When it strives to drive establishments out of business, the message rings clear that people who disagree need to stay away. This tactic serves only to instill fear while dictating the moral code created by those in power. Rather than promoting economic growth, this trend would weaken America’s economy and deprive citizens of opportunities, thus killing the American Dream and creating a socialist dystopian society.

What Alternative Do Americans Have?

Basically, the solution extends beyond perseverance. Sharing the advantages of capitalism and “Principled Business” with the next generation would help.

According to Christy Wright, business coach and author, a business starts not just with an idea for a product or service but also with a “why,” “a vision,” “a mission,” and of course, goals. This foundation of principles serves as the focus of the business and will certainly drive the creation of its model and function which will results in success. Success turns to prosperity. And then prosperity pours out into the creation of jobs due to expansion. That’s the beginning of a beautiful win-win relationship between business and community.

Logically speaking, when an entrepreneur puts a business plan in motion, he or she can make better use of time and revenue than to spend it on gear that dictates who matters and who doesn’t. Rather than take on the role of judge, jury, and economic executioner, he or she is building the next great thing that brings opportunity to a struggling community—not in the form of a hand-out but rather a Hand Up.

Now that is what it means to get down to business.