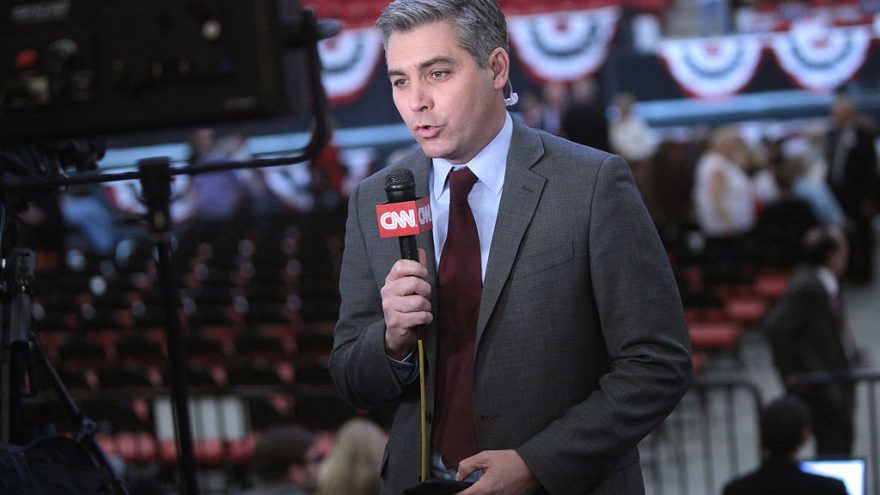 
As the Trump era draws to a close and not a single journalist has been jailed or probed in leak investigations, like Team Obama probed reporters and its leakers, some journalists can admit that furiously opposing President Donald Trump has been a pretty rewarding gig.

McKay Coppins of The Atlantic — a very partisan magazine — penned an article headlined “The Resistance’s Breakup With the Media Is At Hand.” In a Twitter post about the article, he admitted, “In the Trump era, many Washington reporters became resistance heroes, showered with book deals, TV contacts, and Twitter followers.” Journalists couldn’t be distinguished from protesters, and the fame and fortune were irresistible.

Coppins recounted his own rewarding battle with Trump after a visit to Mar-a-Lago: “My publisher used Trump’s tweets to promote my book; ‘The Daily Show’ had me on to recount my misadventures with ‘The Donald.’ The further his havoc-wreaking campaign got, the more opportunities came my way — and I was hardly alone.” Coppins also appeared on “Late Night with Seth Meyers” to discuss how the Trump White House was like “The Hunger Games.”

Media elites want to be hailed by the Hollywood left for their prancing commentaries. One cable-news anchor confessed to Coppins that “praise from anti-Trump celebrities on Twitter has become like a ‘narcotic’ for some of his colleagues. ‘It’s important to people that George Takei likes their monologue,’ the anchor said, requesting anonymity to speak candidly about his peers (and presumably to avoid alienating George Takei).”

The press has pretended for half a decade that it is offering "news," when it's often unspooling "monologues." Or, to use Jake Tapper's terms, it's spewing "Murrows," and on Sundays, "homilies." In the sacred work of keeping democracy from dying, one can never stop throwing opinionated thunderbolts to please George Takei, and maybe Bette Midler and Rob Reiner, too.

That includes the questions of White House reporters. Coppins turned to Jim Acosta, the loudest screamer in the briefing room. As Coppins wrote, Acosta doesn't expect to bring the same "crusading style" to the Democrats. "I don't think the press should be trying to whip up the Biden presidency and turn it into must-see TV in a contrived way," he said.

"Contrived" is a wonderful word for Acosta's performance art. His book was subtitled "A Dangerous Time to Tell the Truth in America," as if his suspension from the White House press briefings for a few days was like a human rights violation.

Acosta said there's no double standard in going softer on President-elect Joe Biden. Coppins wrote, "Acosta told me it's not partisan -- it's a matter of professional solidarity." Acosta claims Trump's incessant press criticism was a "nonstop national emergency" that required he himself throw lectures instead of questions. "If being at the White House is not an experience that might merit hazard pay," he said, "then perhaps it is going to be approached differently."
If Acosta wants a new beat that merits hazard pay, perhaps he should take a cameraman and try to cover an antifa rally or a Black Lives Matter-inspired riot.

The field has shifted, and resisting the president will be the unpatriotic, anti-democracy position.

New York Magazine's Olivia Nuzzi was blunt: "On a purely social level, I don't know that reporting critically on Joe Biden will feel as safe for reporters," she told Coppins. They'll have to worry that George Takei will not be pleased.

3 thoughts on “When the Media’s Resistance Isn’t Rewarded”