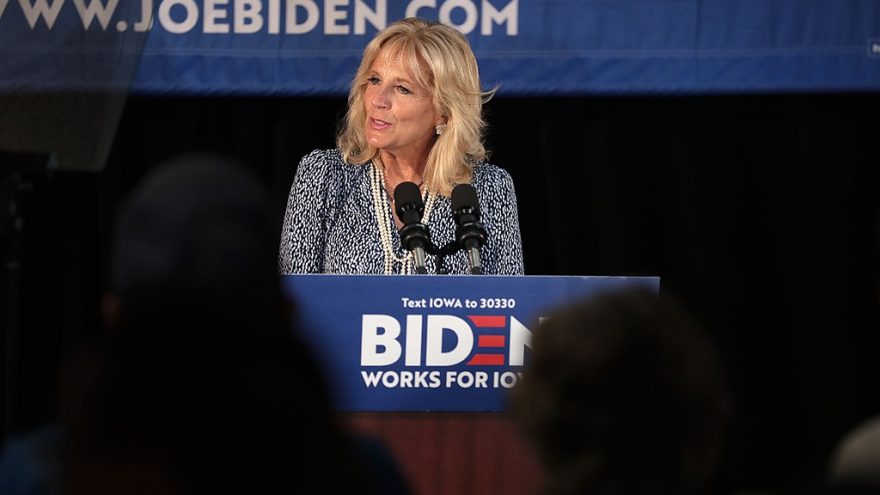 
The pro-Biden media is obsessing over the tiniest kerfuffle imaginable. Jill Biden likes to be addressed as “Dr. Jill,” based on the doctorate in education she got in 2007. We’ve known about her insistence on this appellation since at least 2009, because servile journalists often indulge it. It’s harmless to call her Dr. Jill.

But the elites exploded in fury when The Wall Street Journal published an op-ed by Joseph Epstein, who professed that this honorific “sounds and feels fraudulent, not to say a touch comic.” It was certainly comical when Whoopi Goldberg insisted on “The View” in March, “I’m hoping Dr. Jill becomes the surgeon general. … (S)he’s a hell of a doctor. She’s an amazing doctor.”

This controversy is so miniscule, and yet some censorious lefties insist this gender crime of an article should have been aborted before it was promulgated.

NPR TV critic Eric Deggans tweeted: “this essay should never have seen the light of day. And it’s an entirely different dynamic when an entitled male tries to tell an accomplished woman how she should present herself.”

Deggans did not take this abortifacient approach when NPR’s racial-matters blog, “Code Switch,” promoted a book called “In Defense of Looting.” So, mocking the “Dr. Jill” thing is more objectionable than looting businesses?

Washington Post gender and society columnist Monica Hesse devoted an entire column to why Epstein's sexist article should have been spiked. She concluded by advising Dr. Jill: "Whatever happens, for pity's sake, don't listen to this weird, grumpy, elitist man. Don't ever sit in the White House and wonder what happened to your old sense of self. Be Dr. Biden. Be Dr. Biden forever."

This incident also illustrates the yawning gap between the media's treatment of the Bidens versus its treatment of the Trumps. Hesse is too feminist to feel anything sympathetic toward first lady Melania Trump. Two years ago, she trashed Trump for the White House Christmas decorations. Melania was just a "former model" who couldn't bake good cookies.

The Post gender columnist proclaimed, "The more obvious explanation, though, is the one exemplified by the terrifying arboreous formation currently looming in the White House's East Colonnade: Melania is just plain bad at this."

A year ago, Hesse professed that maybe Melania "has no plan at all -- that she wakes up and throws on pussy bows and sloganed jackets, and nobody surrounding her thinks to say, Hmm? That the rest of the country is merrily rolling toward pandemonium, and meanwhile she's again planning her holiday decorations six months in advance?"

On his MSNBC program, disgraced anchor-faker Brian Williams attacked Epstein's "spectacularly patronizing" article. Andrea Mitchell added, "Perhaps he should know better than to mess with a woman who body-blocked a protester from getting to her husband last March."

Just three weeks ago, Williams came out of a commercial break playing a secret phone recording of Melania Trump apparently saying, "Who gives a f--- about Christmas stuff?" alongside video of her receiving a White House Christmas tree.

"Just a little 'Christmas with Melania' moment," Williams cracked as James Carville grinned from ear to ear on camera.

These partisan publicists will deliver as many swift kicks to Melania Trump as they can before they form a mob demanding all must observe the letter and the spirit of the Doctor Jill rules. We're going back to a "Princess and the Pea" level of hypersensitivity on first lady coverage.