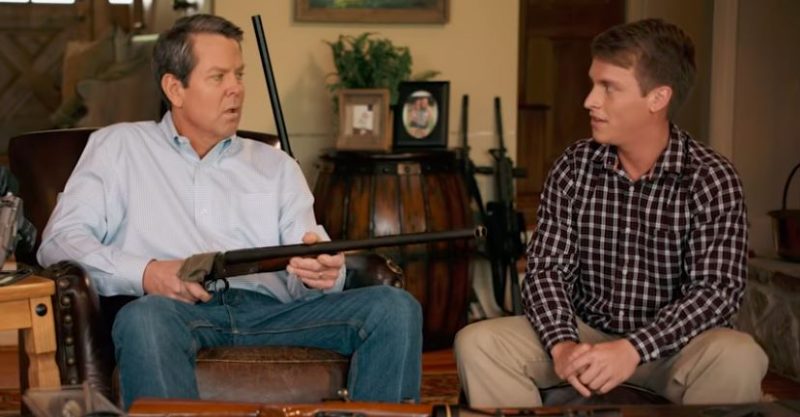 
Georgia Governor Brian Kemp called for a signature audit during an interview with Fox News on Thursday night.

One month after the election, the Trump legal team showed a surveillance video of the State Farm Arena in Atlanta, GA, that showed election workers telling everyone to go home and stop counting ballots on election night. Once the press and observers left, the workers pulled out suitcases full of ballots and began counting them without any oversight and in violation of election laws and regulations.

The leadership in Georgia has been somewhat silent on the evidence of election fraud. After this video was exposed, Governor Kemp could no longer stay silent.

Kemp said the video he saw was "concerning".

“You know, I’ve called early on for a signature audit, obviously the secretary of state, per the laws and the Constitution would have to order that; he has not done that,” Kemp said. “I think it should be done. I think, especially with what we saw today, it raises more questions. There needs to be transparency on that. I would again call for that, and I think in the next 24 hours hopefully we’ll see a lot more from the hearings that the legislature had today and we’ll be able to look and see what the next steps are.”

Another big hurdle standing in the way of a full audit is Georgia Secretary of State Brad Raffensperger, who's been hit hard on this fiasco but has seemed to deny anything went wrong.

Kemp also took the opportunity to slam attorney Lin Wood, who has demanded that Georgians no longer just go out and vote for a party candidate but that they demand the candidates earn their trust. The way they can earn that trust is to not run a second election (the January run-offs) using the same process and strategy, according to Wood.

“It’s like Lin Wood saying today, urging the people not to go vote in this election — all that is gonna do is give the Democrats everything they want,” Kemp said. “It’s gonna give the radicals everything they want. This is literally the firewall. So, I think we all have to pull together and figure out what have we got to do to assure people that their vote’s gonna count. I believe that it will; that’s why I’m working so hard for David and Kelly, and I’m going to continue to do that.”

63 thoughts on “Governor Kemp Speaks Out Amidst Hard Evidence, Georgia’s Got Problems”