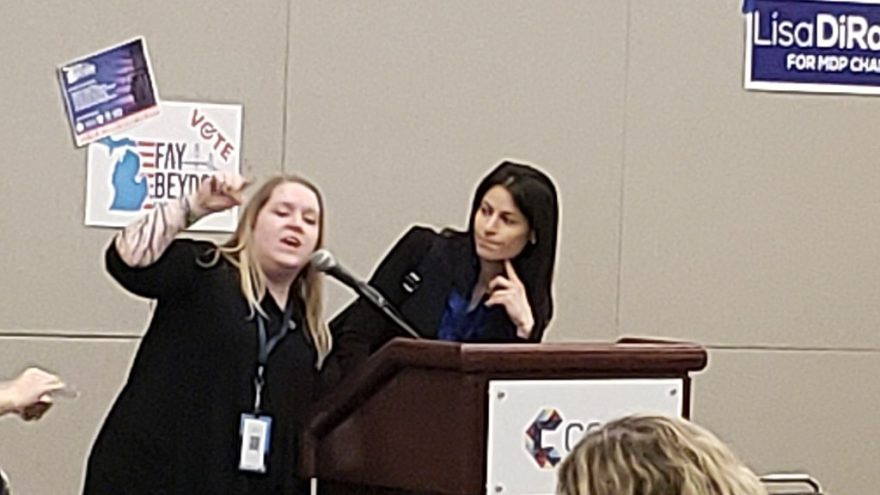 
Jim Hoft, at Gateway Pundit, broke a story late Monday night in which the Michigan Attorney General, Dana Nessel, sent out a Cease & Desist letter to Big League Politics over a reporter who published a video of poll workers bragging about their training to commit voter fraud.

In the letter, it says if he doesn’t comply he will face criminal prosecution.

Shane Trejo, the reporter who broke the story, was also a witness to voter fraud according to Gateway Pundit.

Trejo says he's fearful of revenge prosecution where they'll use his story as a pretext for other criminal charges as he's going up against the establishment mob.

In the shocking letter dated Oct. 28, the Michigan Attorney General cites to two or three factual errors in the bulk of Trejo’s reporting and demands on behalf of the Michigan government to take every single article related to #DetroitLeaks off the internet.

The #DetroitLeaks reporting shows Detroit poll workers who were trained in how to lie, trained on how to handle ballot challenges from Trump supporters, told to call 911 on any challengers and to use COVID as an excuse to deny poll challengers access to view the ballots as they were being counted and tabulated.

The leaks also reveal that election workers would treat challenged ballots as regular ballots. This could be very problematic in a Supreme Court challenge if they cannot identify challenged ballots. It is unknown what the court will do if the laws were not followed but there isn't a clear remedy to sort them out.

This action gives credence to the claims that Democrat lawmakers are turning our election and judicial system into that of a Banana Republic.