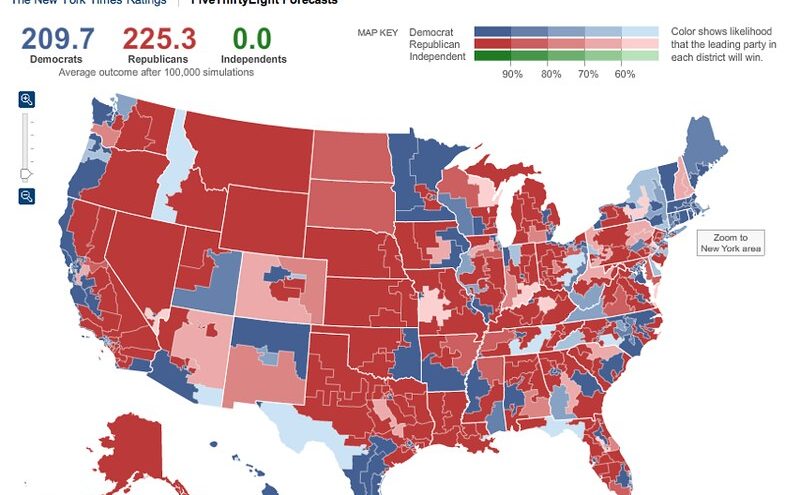 
In every election cycle, there is only one poll that matters, and that is the election results. That has never been truer than in 2020. Why should we have paid attention to the polls? As of Thursday morning, the popular vote margin was 50% Joe Biden and 48% Donald Trump. Here are some of the closing polls:

On Oct. 28, the ABC News/Washington Post poll preposterously posited Biden was leading Trump by 17 points in Wisconsin, 57% to 40%. The actual margin of Biden’s lead as of Thursday was 0.7%.

They are damaging the legitimacy of our democracy, not helping it. When they’re this off-base, they lead to both sides of the divide feeling the system is rigged. What’s obviously rigged are these polls; they’re easily categorized as an alternative reality. It’s hard not to see intentional rigging, rather than some kind of accidental bias.

Everyone — including conservatives who don’t trust the media — makes political and journalistic decisions based on these badly concocted polls. It’s the political equivalent of chewing on Tide Pods.

Maybe you can't just blame pollsters. We know Republicans might seem to alternate between complaining they never get called by pollsters and hanging up on pollsters. We can suspect many Trump supporters lie about their preference if they take a survey. But we also know that these flocks of liberal pollsters stack their "turnout models" to their tastes of who "the people" are (or should be), and that we end up with shoddy results like a 12-point gap among "likely voters."

Let's all line up with Meghan McCain, who proclaimed on Twitter: "Modern American polling is dead and modern American pollsters should find another vocation so they stop wasting all of our collective time and helping to gaslight the media and American public." It makes you question every poll they've done on President Trump in the last two years.

McCain added: "At what point is our collective media going to accept just how out of touch with the majority of the country they are?!? I predict they won't, they will just quadruple down -- rather than accept, learn and try to actually represent so many of the voters they so clearly disdain."

The media pollsters assume the American electorate is always more liberal than it actually is. They have spent five years churning out surveys suggesting Donald Trump was unelectable. Being wrong in 2016 never slowed them down.

Nine days before Election Day, NBC News White House correspondent Geoff Bennett tried to soothe liberal panic about the pollsters possibly getting it wrong again. It was a spoonful of fake sugar. "Biden's lead is bigger than Clinton's was, edging out President Trump nationally and in nearly every battleground state," he said. "Trump is ... facing the worst polling position for a president seeking reelection since George H.W. Bush in 1992."

Does anyone expect these major-media polling "experts" to assemble for an autopsy to evaluate how wrong they are, and how untrustworthy they have become?

6 thoughts on “The Absolute Failure of Pollsters”