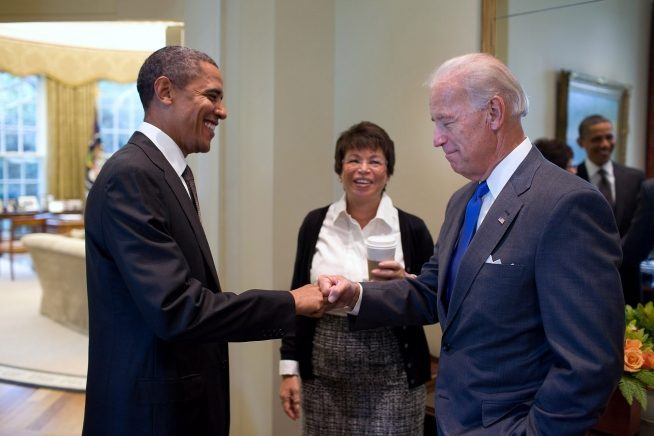 
Of all the preposterous lines the Democratic-media complex could utter in the waning days of this election, the most preposterous is that a Biden victory could unify the country.

Think of Joe Biden’s convention speech. He said: “I will draw on the best of us, not the worst. I will be an ally of the light, not of the darkness. … United we can, and will, overcome this season of darkness in America.”

Liberals are the “light.” President Donald Trump and his voters are the “darkness.” Does that sound like a generous way to unite us?

Everyone knows Trump thrives on dividing people. But politics is a game of division, and Democrats thrive on accusing all Republicans — including those moderate and polite Bushes — of racism. Trump made the rhetoric harsher on immigration and police controversies, but the Democrats were dividers on race and class long before he came on the political scene.

The media suppress any image of Biden being a divider. In 2012, they rushed to de-emphasize how he told black voters Republicans would put them “back in chains.” During this campaign, Biden suggested that black people who can’t decide whether to vote for him “ain’t black.”

But it's not just Biden. The peddlers of "systemic racism" accusations suggest white Americans can never escape the charge of racism without a massive restructuring of America. Every white American with a conscience should organize seminars to recognize their own guilt for 400 years of oppression and make reparations, even if they're 22 years old.

The Democrats have pushed to defund the police and resisted the call to condemn the anarchy of looters and rioters. You can never rebut them with the fact that the leading violent killers of blacks are other blacks, not the police.
But apparently, only one side is "divisive" and leading a "culture war."

The Democrats and their journalistic enablers have the bad intellectual habit of assuming that democracy only truly functions correctly when Democrats hold all the levers of power, and that national unity is best restored when Democrats dominate Washington. But did we have unity in 2009, with then-President Barack Obama and a Democratic Congress?

No. But the "Resistance" then was scorned as raining on the glorious Obama parade. The media trashed Rush Limbaugh for saying he hoped Obama failed -- at installing his leftist agenda. Tina Brown, then the queen of the rotting Newsweek empire, disparaged Limbaugh as "the bad fairy at Sleeping Beauty's christening," the man who symbolized "this big discord and toxic atmosphere in politics."

If Biden is elected, resistance will again be labeled "toxic," and protesting the president will return to the category of "hate speech."

At least in public, the media typically try to suppress the divisions within the Democrats, but they cannot be ignored. Biden insists he doesn't look like a socialist, but he is surrounded by socialists who plot out loud about banning private health insurance, ending fossil fuels and punishing airline travel and other climate-destroying activities.

Biden insists he's a "devout Catholic," but his radical base wants to make taxpayers fund abortions and make churches bow to every LGBTQ demand. And, oh, those white statues of Jesus are racist, and Shaun King insists they should be torn down.

National unity is not coming. A thriving democracy is often contentious. If either a Democratic politician's or a Republican politician's overriding goal were national unity, they would probably run badly afoul of their most energetic supporters. The media shouldn't flunk political science and imply that voting against Trump would end all divisiveness. That's simply not true.

9 thoughts on “The Mirage of Biden Unifying America”