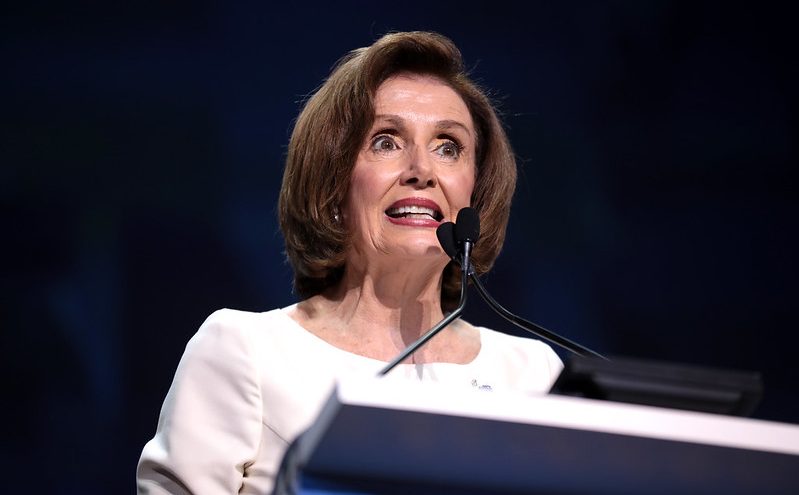 
Joe Biden’s mental fitness is not the only one in question this year.

Rep. Doug Collins introduced a resolution to push to remove House Speaker Nancy Pelosi, claiming she “does not have the mental fitness” to lead the House of Representatives.

“Speaker Nancy Pelosi’s unwillingness to abide by the Constitution, combined with her recent actions, call into question her own mental fitness, which is why it’s critical that the House of Representatives demand her removal from the line of succession,” Collins said in a statement to Fox News.

Collins says Pelosi has demonstrated that she is unable to fulfill her duties as Speaker of the House and therefore must be removed.

Citing the amount of time Speaker Pelosi has spent on baseless investigations into the Trump campaign and administration, a party-line vote on a baseless impeachment inquiry, and visiting a shuttered Salon while demanding they stay closed due to the coronavirus, Collins says it's time for her to go.

Now Pelosi is discussing the 25th Amendment in an effort to be able to remove a POTUS, while suggesting that President Trump is in an 'altered state' from being infected with the coronavirus.

But many are asking what is going on with Pelosi's strange ramblings as of late, as well.

“Over her tenure of her speakership, Speaker Nancy Pelosi has started to demonstrate a decline in mental fitness, calling into question her ability to adequately serve the House of Representatives and the American people,” the resolution states. Collins’ resolution referenced an interview on ABC News, saying Pelosi “appeared confused and exhibited bizarre behavior” by “blurting out randomly ‘Good Morning, Sunday morning.’”