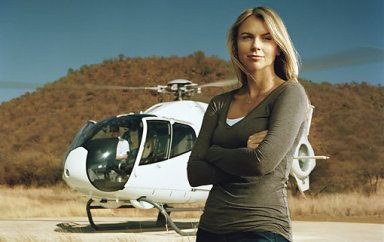 
Lara Logan, a CBS News foreign correspondent, went on a podcast with a retired Navy SEAL and where she went most weren’t expecting. Most mainstream ‘journalists’ repeat the same old beat up lines from network to network and toe the same line. Lara chose to take the road less traveled and got flat out honest with Mike Ritland.

Lara goes out on a limb and gives an honest account of today's media bias:

I’m 47 now and I’ve been a journalist since I was 17. And the media everywhere is mostly liberal. Not just in the U.S. But in this country, 85 percent of journalists are registered Democrats. So that’s just a fact, right?

She continues to say that both sides lie and manipulate but there's just one problem:

And people would counter that by saying, “Well, Fox is going to do all the positive stuff.” But this is the problem I have. There’s one Fox.

She then gives you an inside look at how the progressive, elitist, left sees the viewers:

Being members of the sophisticated, well-educated, affluent, progressive elite, they see “our crowd” as the natural party of government. When the electorate periodically disagrees, they get resentful; when it disagrees to the unprecedented degree it did in 2016, they go absolutely spare.

This was a rare moment of honesty from a mainstream journalist. We should be thankful but should she be worried? Will there be a price to pay for her 'stepping off the reservation'? Let's see how this plays out and if she's made to be 'an example'.