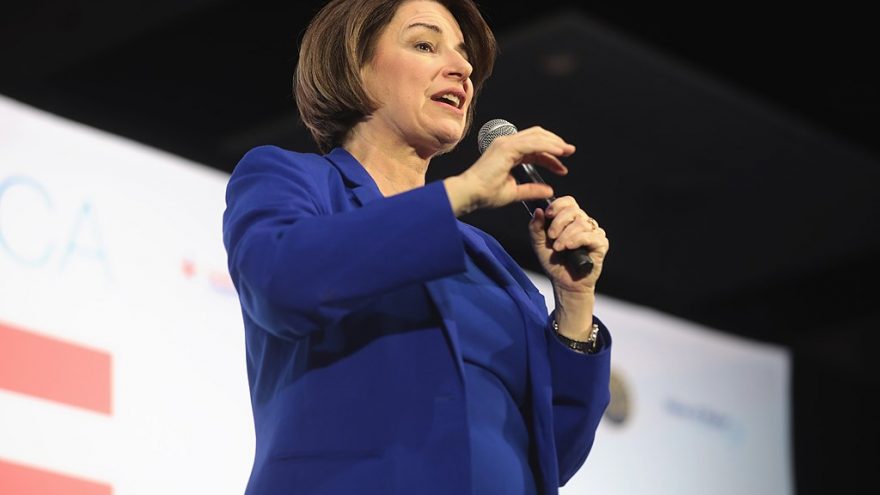 
Senator Amy Klobuchar (D-MN) suggested, at Wednesday’s Senate hearing with former Director of the FBI James Comey, that we should just move on from the Russian Collusion scandal.

She seemed annoyed that we are talking about something that happened in 2016 and 2017. She wasn’t alone, either.

“Most people think we should be talking about other things, except maybe President Trump,” said Democratic Sen. Amy Klobuchar of Minnesota.

But the remnants of the Russian Collusion hoax are alive and well today. The Mueller team invaded the lives of anyone associated with Trump. There are still a large number of people who think President Trump ‘colluded’ with Russia to steal the 2016 election.

And it’s all because of the hoax. It was the major driving factor in building public support for an impeachment case against President Trump. Even Joe Biden brought it up during the Presidential debate on Tuesday night.

Michael Flynn is still facing prison time for 'lying to the FBI' even though those agents didn't think he lied. He was facing $5 million in legal fees over a year ago and it's still ongoing. Democrats have called him a traitor.

Imagine if Trump, and whoever else, hadn't caught them in their scheme.

They were accusing President Trump of treason. That means he could have been executed or likely spent the rest of his life in prison. Democrats were accusing his son, Donald Trump Jr., of treason as well.

This is not a game.

This was an attempt to undermine the democracy of the United States. Our country would no longer be a democratic republic and voting would likely just be an illusion of choice. This is what countries like Syria and Venezuela look like, not the United States of America.

And Democrats think we should just "move on".

Of course they do. They're the ones who got caught.

Paul Sperry, former D.C. bureau chief for Investor's Business Daily and Hoover Institution media fellow, says the GOP is done if they think we can just brush this under the rug.

There's no going back to normal after this. You cannot just sweep a coup under the rug. Republicans wanting to move on or seeking "reform" instead of punishment and accountability are sadly mistaken. The GOP is over if Barr & Durham don't deliver. Over. Done. Patriots won't abide

What would keep this from happening again if there aren't very serious consequences?

69 thoughts on “Democrats Say We Should “Just Move On” From Russian Hoax, Stop Investigations”