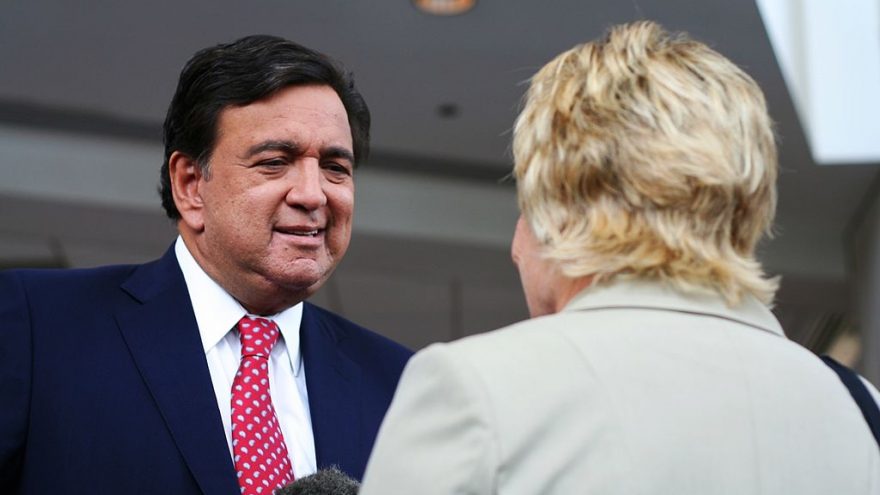 
Former New Mexico Governor Bill Richardson’s name just came up in another perverse legal complaint. You may remember that the former governor’s name came up in the Jeffrey Epstein uncovered files as he was accused of having arranged sex with then-minor and alleged Jeffrey Epstein victim, Virginia Roberts.

Richardson’s name also came up on the released Epstein flight logs that were received in 2009 but just recently became public knowledge.

In a new legal complaint obtained by the Daily Mail, Richardson is accused of cashing in to the tune of hundreds of thousands of dollars from bribes and kickbacks to pay for a lavish lifestyle that included sexual services and favors.

The lawsuit claims Richardson ran a scam that was known as the 'Richardson Ring' in which he lined his pockets from business investments into the state of New Mexico while he was governor.

The greedy politician lined his own pockets with cash, used some money to fund his political campaigns and organizations and also enjoyed lavish meals, wine and liquor as well as luxury travel and entertainment, the legal filing claims.

He also, allegedly, was safe from prosecution because he placed his own protectors into the State Investment Council so there would be no questions.

The documents allege Richardson installed several key allies into the SIC to help cover his tracks and thwart any corruption probe.

The filing states: 'So far, the defendants have succeeded in covering up Bill Richardson's wrongdoing.

These are the same sort of tactics that the Clintons and now Obamas have long been accused of.

Bill Richardson also served as US Ambassador to the United Nations from 1997-1998, Secretary of Energy under President Bill Clinton from 1998-2000, and chairman of the 2004 Democratic National Convention

Read more on the lawsuit, here.