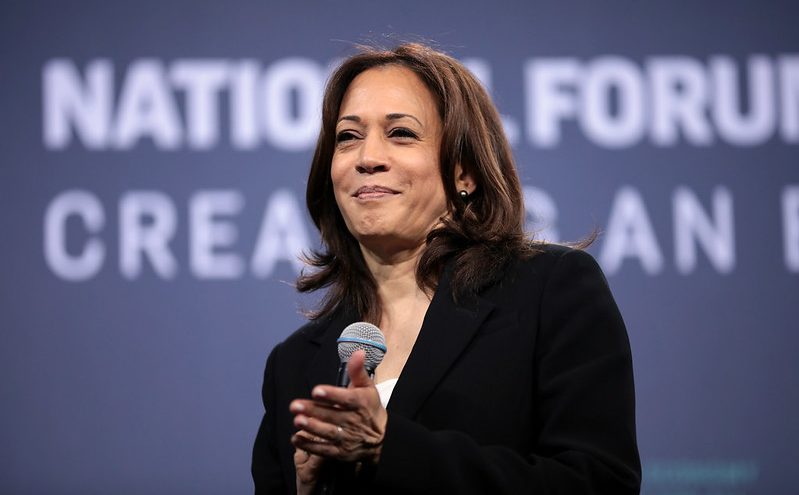 
Another false narrative that marinated on the media’s plate for months. Another violent riot ensues.

The Breonna Taylor death was a tragedy, but it was not a ‘no-knock’ warrant served, despite that narrative that the media has carried for about 6 months. Nor was there any evidence that there was a racial component to the shooting. The facts came out in the trial and, surprise, it was very different than the stories pushed by the mainstream media.

It doesn’t matter. The damage was already done – and they know that. It’s why they keep doing it.

There is no accountability for them. They get the chaos they want and immediately shift the blame to “Trump’s America”.

Immediately after the jury decision was announced that they would not be charging every single officer for murder, violent riots once again ensued and two police officers were shot.

Kamala Harris wasted no time adding fuel to the fire, as she has done throughout this entire string of violent riots since they started.

Tonight, I’m thinking of Breonna Taylor’s family who is still grieving the loss of a daughter and sister.

We must never stop speaking Breonna’s name as we work to reform our justice system, including overhauling no-knock warrants.

But it was not a 'no-knock warrant'. She doesn't care. She knows the narrative is sold.

We must continue to speak Breonna Taylor’s name, support her family still in grieving, and never give up on ensuring the full promise of America for every American. https://t.co/KJU21tQq4B

In Biden's statement he says there is no need to wait for a federal investigation.

I know for so many people today’s decision does not answer that call. A federal investigation remains ongoing, but we do not need to wait for the final judgment of that investigation to do more to deliver justice for Breonna. We know what is necessary.

Still, no mention of the officers or the fact that Taylor's boyfriend fired at police, first. And what does "deliver justice" mean if it's not waiting for a trial?

Breonna Taylor's death is a tragedy. It shouldn't have happened. But it's not the case of police racial violence that was sold to you and democrats have done nothing but pour gasoline on the fire.

5 thoughts on “Is There Any Question That Democrats Are Stoking Violence, Racial Tension?”