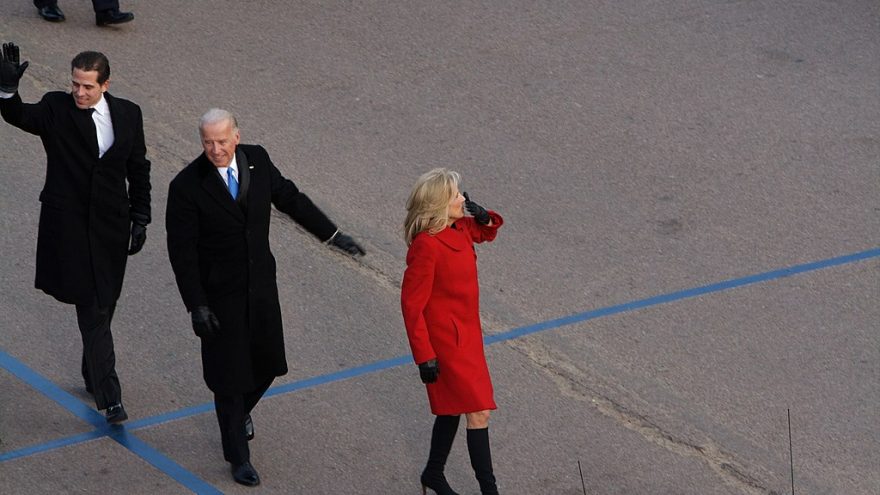 
The Bidens are as corrupt as the day is long.

A new Senate report released on Wednesday concluded that Joe Biden, Hunter Biden, and other members of the family enriched themselves through contacts in foreign governments and countries, such as Russia, Ukraine, and China.

The investigation was launched by Chuck Grassley (R-IA) raised concerns about a conflict of interest involving the sale of a U.S. company to a Chinese firm with ties to Hunter Biden.

The investigation found much more than that. In fact, the report states concerns about Hunter Biden’s big money deals with corrupt foreign oligarchs, bribery, even possible sex trafficking.

All while Joe was Vice President. Hunter, apparently, even got Secret Service Protection while on the board of Burisma.

The conclusion of the report also states the investigation faced many roadblocks from democrats and executive agencies' failure to comply and provide documents, so there is more to be done.

Joe Biden was on camera bragging about extorting the Ukrainian government to fire a prosecutor that was investigating his son, Hunter Biden. He appears to lead on that President Obama knew about it as well, which matches what the report concludes.

Hunter Biden was serving on Burisma’s board (supposedly consulting on corporate governance and transparency) when Zlochevsky allegedly paid a $7 million bribe to officials serving under Ukraine’s prosecutor general, Vitaly Yarema, to “shut the case against Zlochevsky.” Kent testified that this bribe occurred in December 2014 (seven months after Hunter joined Burisma’s board), and, after learning about it, he and the Resident Legal Advisor reported this allegation to the FBI.

It's also important to note that this investigation was launched just prior to the Democrats' impeachment debacle. The investigation included:

Even though almost all of the Committees’ records are from U.S. agencies and U.S. officials or persons, Democrats have repeatedly misconstrued the facts of this investigation and have smeared it as a Russian disinformation campaign. In doing so, they conveniently have ignored their own long history of meeting with Telizhenko and his yearlong work for a Democrat lobby shop. If Democrats are concerned that Telizhenko presents any risk of advancing disinformation, it is notable that the Ranking Members have not expressed any curiosity about his work with the Obama administration or Blue Star Strategies.

The records acquired by the Committees also show that Hunter Biden and his family were involved in a vast financial network that connected them to foreign nationals and foreign governments across the globe. Hunter Biden and Devon Archer, in particular, formed significant and consistent financial relationships with the corrupt oligarch Mykola Zlochevsky during their time working for Burisma, and their firms made millions of dollars from that association while
Joe Biden was vice president and the public face of the Obama administration’s Ukraine policy. Rosemont Seneca Thornton, an investment firm co-founded by Hunter Biden, received $3.5
million in a wire transfer from Elena Baturina, who allegedly received illegal construction contracts from her husband, the then-mayor of Moscow. Moreover, Archer’s apparent receipt of money for a car from Kenges Rakishev of Kazakhstan while Vice President Biden was in Kyiv is especially concerning in light of the timing. And finally, Biden and Archer’s work with Chinese nationals connected to the Communist regime illustrate the deep financial connections thataccelerated while Joe Biden was vice president and continued after he left office.