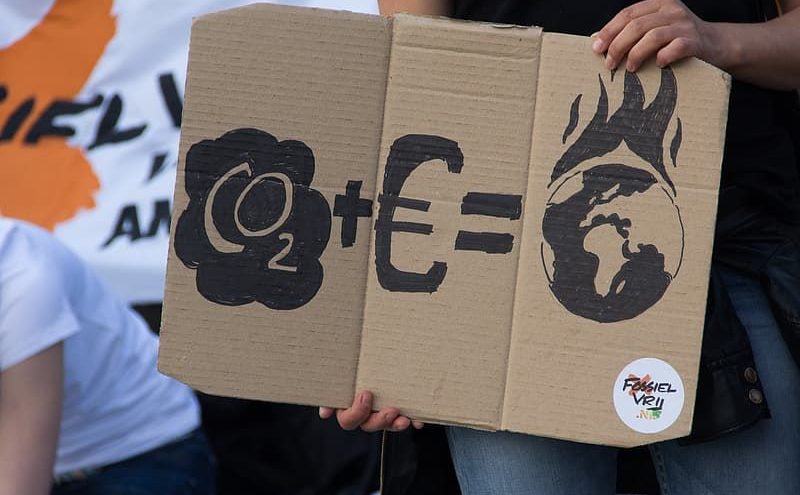 
This week, America’s West Coast found itself on fire. Millions of acres have burned across California, Oregon and Washington. The smoke clouds have been so immense that they have blotted out the sun in certain areas; air quality has been so poor that hundreds of thousands of people have been forced indoors.

There are several key reasons for the extent of these wildfires. Federal and state policies have been geared around stifling wildfires for decades, rather than allowing controlled burns to prevent accretion of flammable vegetation. As ProPublica reports, California alone saw the burning of 4.4 million to 11 million acres per year prehistorically; between 1999 and 2017, that number dropped to only 13,000 acres per year; in February 2020, Nature Sustainability concluded that California would need to burn some 20 million acres to restabilize in terms of fire. Meanwhile, even those who pursue controlled burns must jump through extraordinarily regulatory hoops to do so: The Clean Air Act treats smoke from controlled burns as a pollutant, for example.

Even California Gov. Gavin Newsom admitted to President Donald Trump that the state had botched its fire policy: “We have not done justice for our forest management.” But that admission was the mere precursor to a more important point for Newsom: that climate change is truly to blame for the wildfires. “The science is in … that climate change is real,” Newsom lectured Trump.

In reality, climate change may have had some effect on the California wildfires, but that effect is entirely secondary in scope to the effect of bad policy. According to the Environmental Protection Agency, the temperature in Southern California has increased approximately 3 degrees F over the past century. Since 1980, the temperature in California has increased less than 2 degrees F. Does climate change exacerbate dryness and heat? Of course. But fire policy was the chief failure here.

What's more, no matter what Trump believes on climate change, the science is clear: Nothing Trump could have done would have made a measurable impact on the climate between 2017 and 2020.

Yet the media and Democrats suggested that the true story of the wildfires was indeed climate change. This theme was trumpeted by Democratic presidential candidate Joe Biden first and foremost: Biden emerged from his basement long enough to stand before a field of waving grass and explain that Trump's unwillingness to signal proper concern about climate change would kill Americans. "We have four more years of Trump's climate denial," Biden gravely intoned. "How many suburbs will be burned in wildfires?"

The answer: exactly as many as would be burned with four years of Biden governance. But the point here isn't shaping public policy; it's shaping perception. Politics has become about the art of the lawn sign.

California, there's one lawn sign that has become quite popular. It reads, "IN THIS HOUSE, WE BELIEVE: BLACK LIVES MATTER; WOMEN'S RIGHTS ARE HUMAN RIGHTS; NO HUMAN IS ILLEGAL; SCIENCE IS REAL; LOVE IS LOVE; KINDNESS IS EVERYTHING." The sign is generally plunked in the front yard of a nice suburban home, where it acts as a sort of unearned symbol of virtue. The semantically overloaded tautologies are designed to act as a dissociation tactic from supposedly benighted fellow Americans who apparently don't believe "SCIENCE IS REAL" or that "KINDNESS IS EVERYTHING."

But, of course, the sign conveys nothing beyond a self-congratulatory insistence that the sign owner is a better human than other humans. By phrases like "SCIENCE IS REAL," the sign owner conveys that if you attribute California wildfires to anything beyond Trumpian evil and climate change, you deny science. Which is anti-scientific, of course.

But it's effective. That's why New York Gov. Andrew Cuomo tweeted, "Science knows" (cynics might point out that science suggests shipping COVID-19-positive seniors into nursing homes is idiotic). That's why Dr. Jill Biden tweeted, "#VoteForScience" (cynics might ask whether she believes a woman can become a man). By portraying your lack of a political program as entirely irrelevant to the broader question of Science Denial, you can avoid the hard conversations politics was intended to address.

Lawn signs don't solve problems. But they do make us feel good. Which is what politics are supposed to achieve nowadays in the absence of actual solutions. Perhaps at some point we might ask why politics make us feel so rotten these days.