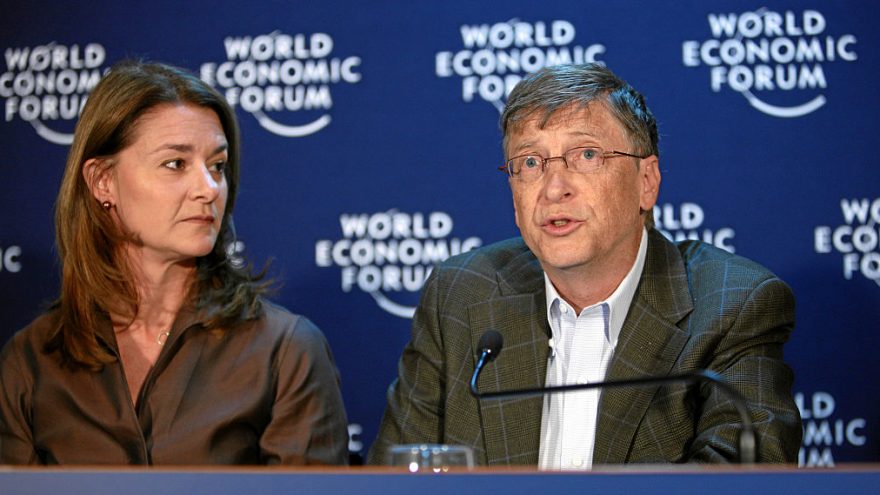 
You’d be hard pressed to find a family more influential than the Gates family. One of the richest families on earth with unmatched influence on tech companies and their behavior.

A few years ago, Bill Gates became the single biggest donor to the World Health Organization if you don’t count the U.S.(not anymore) and the U.K. Some say he basically bought the W.H.O.

In an article that halfheartedly joked about Bill Gates being the world’s most powerful doctor, Politico stated:

Some billionaires are satisfied with buying themselves an island. Bill Gates got a United Nations health agency in Geneva.

But Gates has no medical degree.

That doesn’t change the fact that his advice on medicine is taken over almost any doctor on Earth and it’s almost considered blasphemy to disagree with his medical opinion.

Bill's wife, Melinda Gates, has also become a source of 'trusted expertise' on virtually any topic. That's the kind of power money can buy, I guess.

Melinda Gates recently spoke with Axios, where she warned that America is in for a "reckoning" after the COVID pandemic is over because of the lack of censorship in big tech.

She's worried about the misinformation that circulates around tech platforms and says it needs to censored.

“I think it’s up to society to start to figure out, ‘OK, what do we do about that?’ How do we think about disinformation in a society or how do we think about political ads and where they should be placed and what they do or don’t get to say?” Gates said.

The problem is that we are seeing censorship on an unbelievable level in the United States, when it comes to social media platforms and tech companies. It seems to be affecting conservative content and beliefs at a very unbalanced level.

Then she went after Trump:

Gates also blasted the Trump administration for neutering the CDC, politicizing basic health knowledge and pulling funding from the World Health Organization amid a global pandemic.

If anybody handled this pandemic poorly, it was the W.H.O. and the CDC. They were wrong on almost everything from human to human transmission, masks, casualty predictions, infection rates, death rates, travel bans, etc..

It's easy to see where she's going with this. She wants certain views censored, not the correct views. That's where this all leads. This is the kind of policy you'd expect to hear in a place like China, not the kind of free countries.

Perhaps we should consider 'censoring' any vaccine ideas that the Gates family is a part of, given that their latest efforts have caused a polio outbreak across Africa.