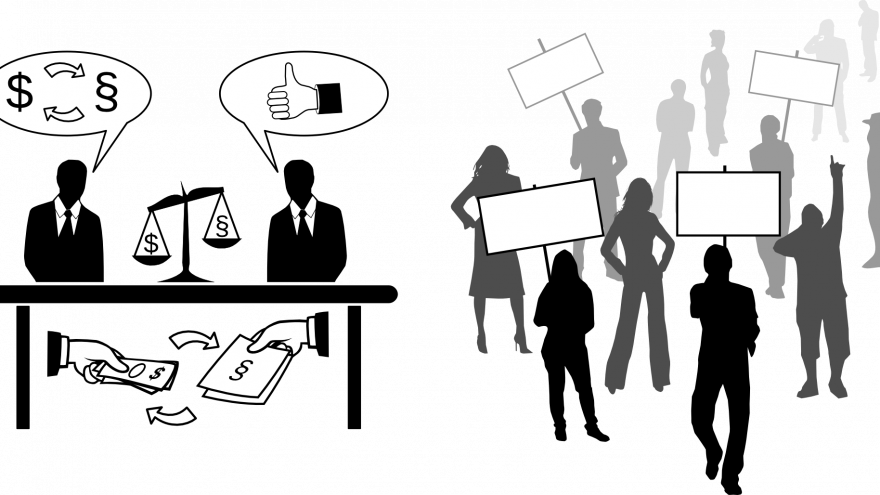 
The Atlantic, a leftist propaganda rag that has been outed this year as just that, published an Op-Ed that says Republicans should cheer for Biden or Democrats will be forced into violence.

This is the kind of thing you would expect to see from a Maduro regime or during a Turkish election, not from the United States.

A loss by Joe Biden under these circumstances is the worst case not because Trump will destroy America (he can’t), but because it is the outcome most likely to undermine faith in democracy, resulting in more of the social unrest and street battles that cities including Portland, Oregon, and Seattle have seen in recent months. For this reason, strictly law-and-order Republicans who have responded in dismay to scenes of rioting and looting have an interest in Biden winning—even if they could never bring themselves to vote for him.

They’re trying to scare Americans into voting for Biden or, at least, staying home and not voting for Trump.

Their promise is laughable.

'These violent thugs that the left has released on the streets of Democrat-run cities will stop if we get our way.'

After all, they know that Trump getting elected was a fluke and a mistake.

In presidential elections, once is a fluke; twice is a pattern. I struggle to imagine how, beyond utter shock, millions of Democrats will process a Trump victory. A loss for Biden, after having been the clear favorite all summer, would provoke mass disillusion with electoral politics as a means of change—at a time when disillusion is already dangerously high. If Democrats can’t beat a candidate as unpopular as Trump during a devastating pandemic and a massive economic contraction, then are they even capable of winning presidential elections anymore? Democracy, after all, is supposed to self-correct after mistakes, particularly mistakes as egregious as electing Donald Trump—whose unfitness for the nation’s highest office makes itself apparent with almost every passing day.

The rest of the article goes on to assume you obviously agree with their already decided narrative that Trump has been terrible for America and the left's violence is really because of how bad Trump is. They had no choice but to riot.

This rag of a paper is why Americans voted for a President Trump. Liberal media is literally trying to scare the people into not voting for Trump. They're inciting violence in the streets and then promising to stop it if you'll simply bend the knee.

The media is extorting America with violence and they think you deserve it.

It will become their go-to tool because it will have shown to be effective. Way more effective than speeches.

But it won't work because Biden is going to lose. The DOJ will end up cutting off the Antifa and BLM and other violent leftist groups' funding. That's when it dries up. People can't fly for free and these thugs don't have the bail money to get out on their own.

The American people have realized this is only going on in Democrat run cities where the Mayors, Governors, DA's are providing cover from prosecution.

Democrats and the media have overplayed their hand. What once was working in their favor has now left a sour taste in the mouth of Americans.

In November, Americans will want the violence to stop for good, not just for now. That's why they'll never nominate the thugs. They'll vote to restore law and order and put these crooks away for good.

11 thoughts on “The Media is Extorting Americans”