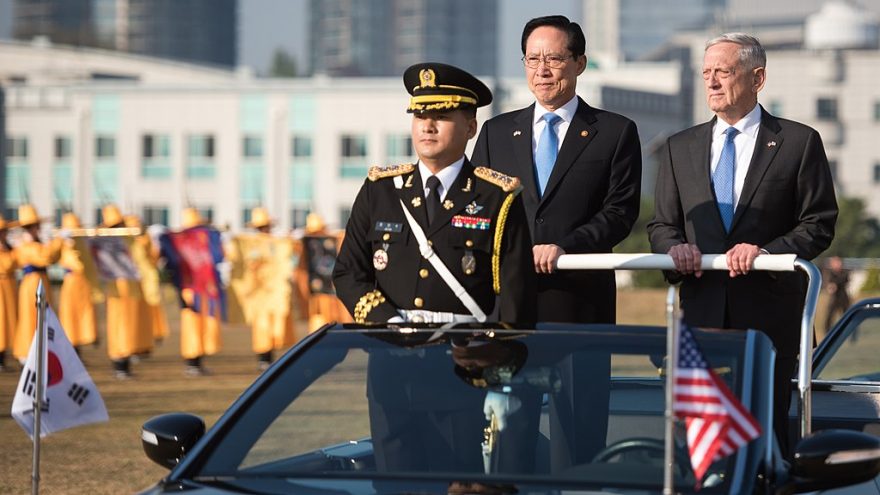 
The troops seem to love President Trump but there are some top military officials who are not a fan.

The president said as much while he was giving a speech on Labor Day.

I’m not saying the military is in love with me. The soldiers are. The top people in the Pentagon probably aren’t because they want to do nothing but fight wars so that all of those wonderful companies that make the bombs and make the planes and make everything else, stay happy..

Then there’s the new Bob Woodward book that apparently covers General Mattis discussing a likely coup with officials while he was working for President Trump.

“Mattis quietly went to Washington National Cathedral to pray about his concern for the nation’s fate under Trump’s command and, according to Woodward, told Coats, “There may come a time when we have to take collective action” since Trump is “dangerous. He’s unfit.

As a reminder, Dan Coats was the former Director of National Intelligence from 2017-2019.

What would you consider a military official and DNI discussing 'taking action' to remove a sitting president?

There is no doubt the 'military industrial complex' is not happy with President Trump. He has not engaged in any new wars and is pulling troops out of foreign wars and occupations around the world.

The profit of usual war is disappearing without any new wars starting and the decades old wars ending. Kind of like the typical step from congressman or White House official to lobbyist, the private security contractors and defense production companies are the next step for many generals and high-ranking officials.

It seems like it's become a sort of "rite of passage" for well-connected senior military officials. But it seems to be ending and that is sure to make some senior officials uneasy and unhappy.

Take a listen to retired JAG officer Richard Black discuss the Insurrection Act and the discussions of removing a sitting President.

38 thoughts on “Will President Trump Face a Military Coup Attempt?”