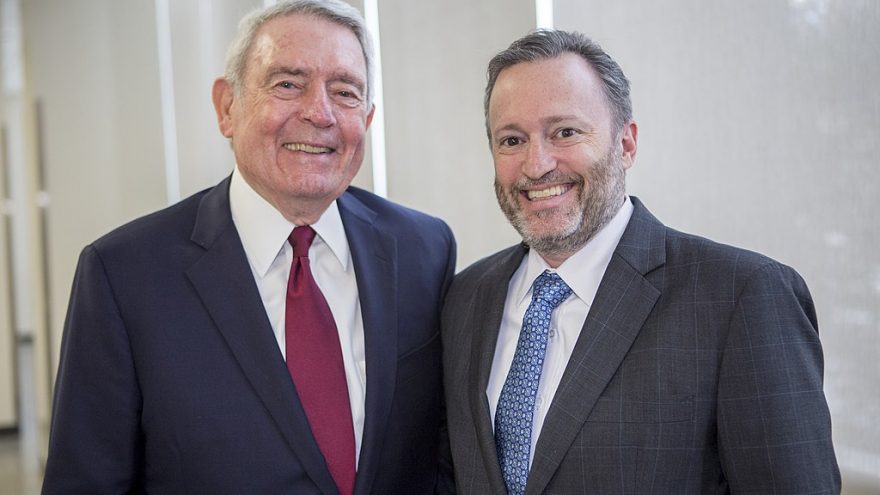 
I’m sure you’ve all heard, by now, the Atlantic story of Trump supposedly calling soldiers that died in WW1 “losers” and “suckers”. It was another story with ‘anonymous’ sources and so far every person who was actually present during this supposed incident has denied it.

Even the Trump haters.

Most people that have followed President Trump’s support and policy for our military would just laugh it off. However, there are a ton of folks who have no idea of the President’s accomplishments or support for our troops because they don’t see it.

Google, Facebook, & Twitter search results are manipulated to show left wing ‘news’ and the television news shows just don’t have the time for positive news. It doesn’t bring in the money and, let’s face it, they absolute hate Trump.

For a while there, they were still defending themselves and just saying that "Trump supporters just don't care about facts".

Now, they're telling you they lied and it doesn't matter because it 'resonates'.

Dan Rather, the correspondent who was forced to leave CBS after a lie about George W. Bush's military service during the 2004 campaign, was hosting a radio show and asked several callers whether they believed the Atlantic allegations were true. Several said they did even though they could never actually know if it happened.

“Whether he said it or not, it is believable,” Rather said.

Rather is right. All these fake news stories that come out, only to later get retracted or proven wrong, have already done the damage. The compounding of negative information about someone will simply develop a distaste for that person over time. It doesn't matter if they're all false. After a while, most people will eventually assume at least some of them are true. And, if some of them are true, then it's easier to believe these new allegations.

See how that works?

His comments echo those of NBC News White House correspondent Peter Alexander, who said on Friday that whether the story was true or not, it “resonates.” He also referred to Trump’s comments about McCain, which came in 2015 after the late Senator described Trump’s supporters as “crazies.”

It's no longer about telling you the truth, and it hasn't been for a long time. It's about changing your perception of President Trump.

To them, it's completely justified. You see, you just don't know any better and if they didn't lie to you, you might actually like President Trump. They cannot have that.

So, they're admitting they are lying to you but it's for your own good. The end, here, justifies the means. And, folks, if it didn't work they wouldn't be doing it. It is exceptionally dangerous to a free society.