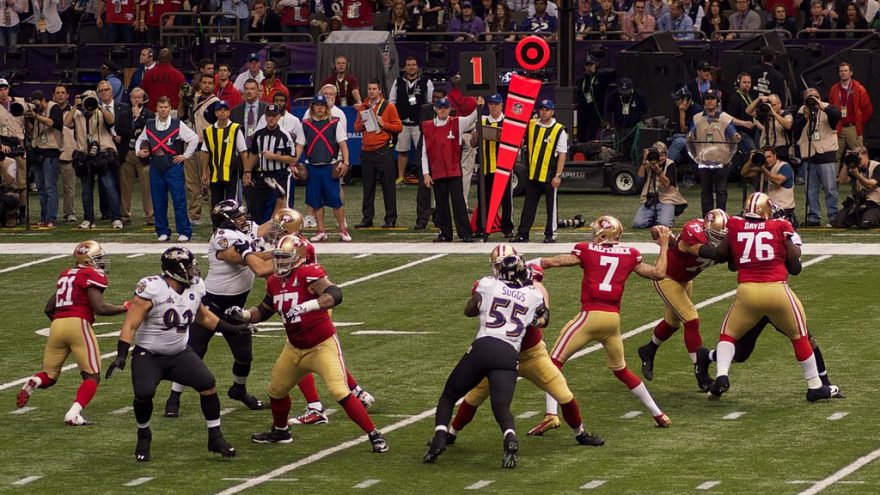 The guy led the 49ers to a 1-10 season in games he started during the 2016 season. He then quit and started claiming racial oppression.

He had a good year and a half with a darn good team.

But he’s one of the greats, says USA Today columnist Nancy Armour.

Kaepernick started kneeling for the national anthem in 2016, saying he couldn’t stand in support of a flag that represents a country so oppressive to black people.

Kaepernick was nominated as a Contributor by Bob Birkett of Vermont, who was upset that he couldn't get Kaepernick a starting qb spot but figured out he could nominate him to the Hall of Fame.

Birkett’s letter said that fits Kaepernick perfectly. “Mr. Kaepernick has shown exceptional courage in highlighting the damaging effects of racial injustice on black people and on our society as a whole. His respectful kneeling posture has created a powerful symbol for those who are oppressed by our society,” he said.

Armour backed that view, writing, “It’s hard to argue that Kaepernick, who sacrificed his career because he wanted to make his country better, doesn’t at least deserve a debate.”

It's hard to argue that Kaepernick didn't make waves in the NFL. Many fans have left the sport since the social justice warriors and virtue signaling took over. But did he do anything positive for the sport?

Kaepernick’s on-field performance would not draw any consideration from Hall of Fame voters. His career touchdown passes (72) and passing yards (12,271) rank 174th and 167th, respectively, in league history. His record as a starter was a subpar 28-30.

Yet you will find people in the media who claim he's one of the greats and he sacrificed so much for this movement of people who constantly tear down this country.

The NFL Hall of Fame will soon be as meaningless as the nominations for a Nobel Peace Prize.