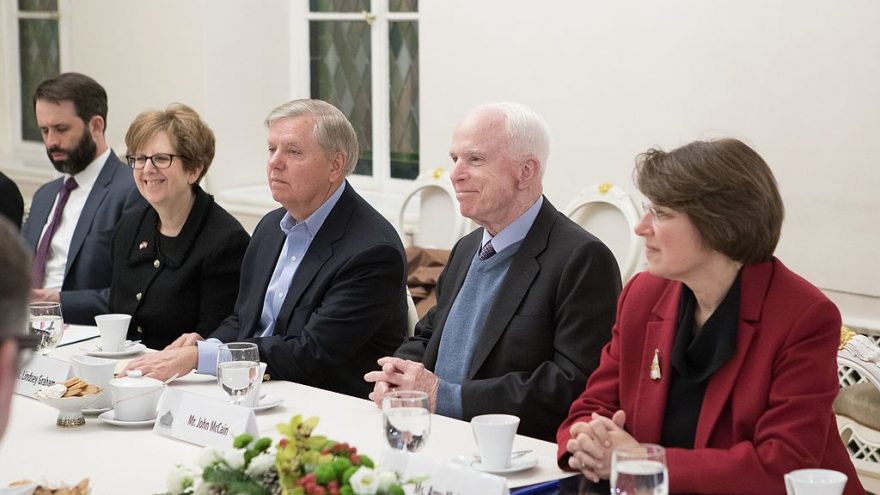 
The second highest ranking official in the United States Senate (second only to the Vice President, Mike Pence) has wanted to interview Joe Pientka, a career FBI Agent, over his role in the FBI abuses during the FBI’s anti-Trump investigations both during and after the 2016 election cycle.

Chuck Grassley, president pro tempore of the U.S. Senate, has wanted to interview Pientka for a while.

Many say that Pientka is key to finding out what happened and who else was involved in setting up the takedown of Michael Flynn as well as spying on then-candidate and now President Trump, Flynn, and Chris Christie.

It turns out, Lindsey Graham already did that - and hid it from his GOP colleagues on the Senate Judiciary Committee.

Sen. Lindsay Graham (R-S.C.), the chairman of the Senate Judiciary Committee, and his staff kept Republican members of that committee in the dark about a pivotal interview of key Russiagate figure Joe Pientka, multiple sources familiar with Thursday’s proceedings told The Federalist

Beside the fact that it's highly inappropriate and not a normal course of action that he took, Graham has also been under fire over accusations that he is trying to slow-walk the investigation until after the November election.

Graham has promised subpoenas and answers over the last few years but has taken little action to attempt to fulfill those promises, it seems.

Sources on the Judiciary Committee told the Federalist that they were "baffled" as to why Senator Graham would do that.

Current and former staff for the committee said the failure to inform the full Judiciary Committee of the interview ran afoul of previous committee precedents regarding notification. While Republican members of the Judiciary Committee were not given the opportunity to ask questions of Pientka, staff for two senators who are not on the committee — Sen. Ron Johnson (R-Wisc.) and Sen. Gary Peters (D-Mich.) — were invited to attend the interview of Pientka.

Another longtime senate aide had this to say about Graham's conduct.

“The Ranking Member didn’t determine who participated and off-committee Democrats definitely didn’t get priority over on-committee Republicans,” the aide told The Federalist.

Lindsey Graham has a lot of explaining to do because the optics of this, along with his lack of action that he's past promised, just raise more questions and cast more doubt.

Why is that? Why would Graham not want to this information to get into the hands of other GOP members of the Judiciary Committee but still include some Democrats?

80 thoughts on “Lindsey Graham Has Some Serious Explaining To Do”