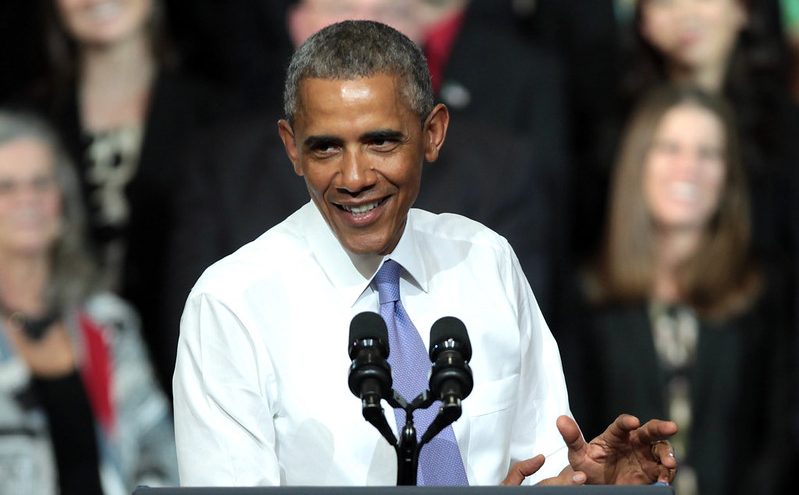 
Ryan Lizza, chief Washington correspondent of Politico, is the kind of character assassin who likes to go to the White House briefing and throw beanball questions about how many coronavirus deaths President Donald Trump thinks are acceptable.

Conservative Twitter informally awarded him the Chris Matthews Thrill Up My Leg Prize for most infatuated reaction. But it was still second to the emotions of the average “objective” journalist.

So let’s focus on how Obama’s speech could be evaluated more critically. Some lines were mean-spirited, phony or laughable.

1. Obama said: “Donald Trump hasn’t grown into the job because he can’t. And the consequences of that failure are severe: 170,000 Americans dead, millions of jobs gone, while those at the top take in more than ever.”

If we were to have a President Hillary Clinton, would Obama (or his many media allies) consider it fair game to blame tens of thousands of American COVID-19 deaths on her? Do they honestly believe that, under Democrats, the death toll would have been 170? That would ignore the fact that the worst coronavirus death tolls are largely in states with Democratic governors.

2. Obama touted Joe Biden’s character: “Joe’s a man who learned early on to treat every person he meets with respect and dignity … That empathy, that decency, the belief that everybody counts — that’s who Joe is.”

That’s a Pants on Fire lie. Just weeks ago, Biden sneered that any black voter who doesn’t support him isn’t really black. In 2012, Biden smeared Wall Street when speaking before an audience with many African Americans, saying, “They’re gonna put y’all back in chains.” Examples abound.

Does that include presidents who massively enrich themselves immediately after leaving office? I don't recall Biden denouncing Obama's mega deals with Penguin Random House and Netflix.

4. This routine about Biden and Harris and their beliefs continued. "They understand that in this democracy, the commander in chief doesn't use the men and women of our military, who are willing to risk everything to protect our nation, as political props to deploy against peaceful protesters on our own soil," Obama said.

If Obama were ever surrounded by skeptical journalists, they might ask which protesters in cities like Portland and Seattle are "peaceful," because it certainly wasn't the hooligans throwing bricks and trying to set federal buildings on fire.

Obama is right that Democrats love to blur the peaceful and violent protesters into a heroic whole. Harris called them a "coalition of conscience" taking to the streets.

5. Finally, Obama said of the Biden-Harris ticket: "They understand that political opponents aren't 'un-American' just because they disagree with you; that a free press isn't the 'enemy' but the way we hold officials accountable."

False. In April, Biden said Trump's differing opinion on mail-in voting was "un-American." And most conservatives thought it was rich for Obama to uphold the press, when even Obama-supporting journalists admitted he was the harshest president in history in prosecuting journalists during leak investigations.

Donald Trump isn't wrong to think of the media elite as an enemy, even as Obama arrogantly poses as the defender of hardened observers such as ABC's Terry Moran, who oozed in 2009 that Obama was "taking a step down into the Oval Office."