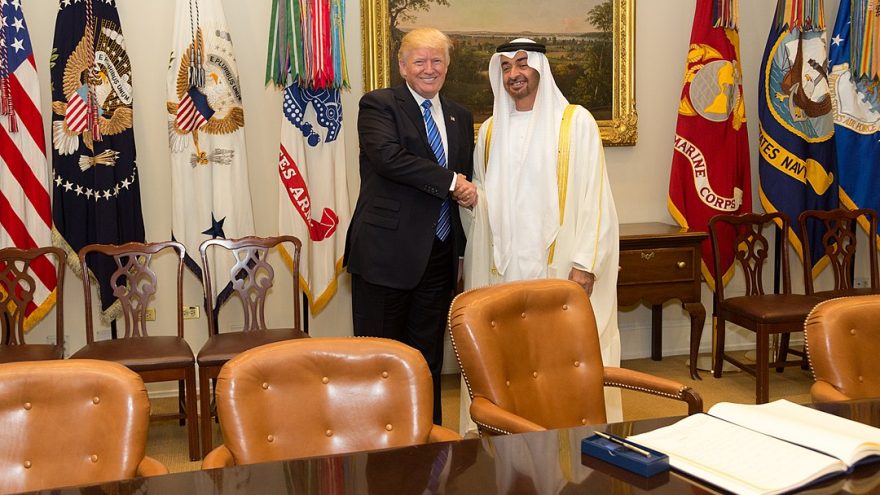 
The Israel-United Arab Emirates news is actually much bigger than the American press is reporting. President Donald Trump actually does deserve a great deal of credit, and if the deal were reported accurately, he would get that credit.

But the issue is larger than even that, and the American media has totally missed the bigger story.

First, to review, the United Arab Emirates and Israel have decided to publicly have diplomatic relations in something they are calling the Abraham Accords.

This is groundbreaking in and of itself. Though the countries have privately been collaborating for some time, they will make it public now. That means each nation will recognize the other; they will have embassies; they will have access to each other’s phone and telecommunication networks. Aviation, commerce and tourism will flow between the nations.

I grew up in the Dubai, United Arab Emirates. We were not allowed to travel to Israel, and I have still never been there. In our geography and history textbooks, Israel was redacted. The pages were ripped out or blacked out. Maps did not have Israel. They either had black painted over or the word “Palestine” glued on top.

The flag of Israel was blacked out.

In ninth grade, my class went to Greece for a field trip. I remember standing in the agora at the base of the Acropolis in Athens. Our teacher pointed to all the flags of the world hanging above the agora and asked if any of us could identify the white one with the blue stripes and a blue star. None of us had ever seen it.

Those redactions to textbooks will go away now. The United Arab Emirates will join Jordan and Egypt in recognizing Israel.

Now comes word that Bahrain and Oman will follow suit. Eventually, we could see Saudi Arabia also extend public recognition, though, like the UAE, Saudi Arabia has been privately cooperative with Israel for some time.

This gets to the larger and more important picture, the one the American media is missing.

Greece is using diplomatic pressure to push Turkey out of its territorial waters.
Three weeks ago, in the run up to the UAE deal becoming public, Israel sided with Greece in the dispute, joining Egypt.

El-Sissi and Israel have been strengthening their diplomatic ties just as Turkey has been working to strengthen ties with Syria and Iran. Now Israel has joined Egypt in supporting Greece's claims against Turkey, putting the majority of Eastern Mediterranean nations in Greece's camp.

Oman and Bahrain may also be going public with their preexisting private diplomatic relations with Israel. This is signaling the formation of a Middle Eastern alliance of countries allied with Israel against an Iranian-Turkish axis that backs the Muslim Brotherhood and various Shiite terror groups.

There is, if you will, a Fertile Crescent axis of terror that arches from Syria over and around Turkey and parts of Iraq to Iran with the possible coming inclusion of Qatar. It is now being matched by a coalition from Egypt to Israel to Jordan to the rest of the Middle East.

The first collaborative test could be taking Greece's side against Turkey in a strategic effort to undermine Turkish natural gas supplies.

We're witnesses the rise of an Israel-Arab alliance with diplomatic agreement stretching beyond trade to actually containing a growing threat from Turkey, Syria and Iran. That has been missed in the media coverage and is probably the most significant foreign policy accomplishment to come out of the Trump administration. It is happening before our eyes while so many are distracted by post office conspiracies.

4 thoughts on “The Abraham Accords”