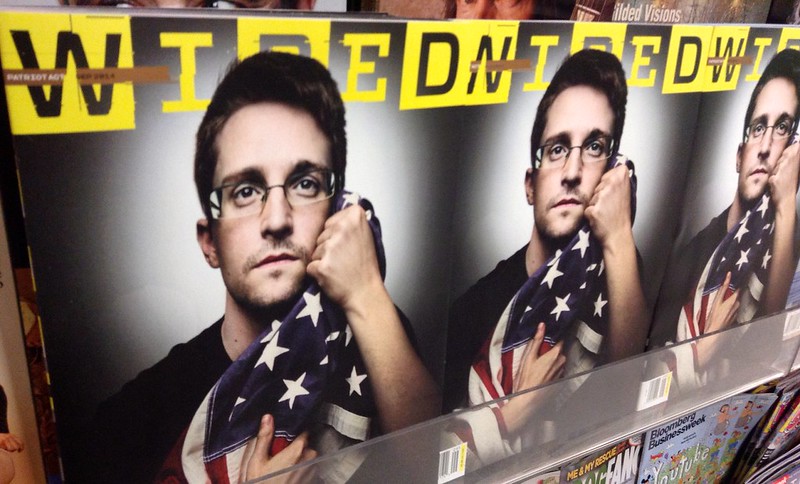 
The President of the Center For Security Policy, Fred Fleitz, has a bone to pick with anyone who thinks Edward Snowden did something heroic.

I recently wrote an article regarding the topic of whether President Trump should listen to those who say that Edward Snowden should be pardoned. Someone in the media asked President Trump if he would look into it and what he thought about it. He said he “would take a look” at it.

Fred Fleitz says those people have been misled about what it is that Snowden actually did. Many people think Snowden released documents to let American citizens know what their government was up to.

Fleitz says that’s just a small part of what Snowden did, and he doesn’t think it was to help America, but to damage it.

The vast majority of the documents he stole have nothing to do with programs impacting individual privacy interests — they instead pertain to military, defense, and intelligence programs of great interest to America’s adversaries. Although many experts had already concluded this, the report added that the U.S. government has spent at least hundreds of millions of dollars and will eventually spend billions to counter the damage done by the Snowden leaks.

To quickly brush up on the topic, Edward Snowden stole 1.5 million classified documents and leaked thousands to the media. The HPSCI (House Permanent Select Committee on Intelligence) completed a bipartisan investigation and concluded that Snowden was not a whistleblower, but a disgruntled employee hellbent on doing damage to the agencies he was unhappy with.

One of the arguments is that Snowden did not attempt to run any of his concerns up the chain of command, like a whistleblower should do.

I can't say I blame him for that. Whistleblowers were not treated well under the Obama administration. Take a look at General Michael Flynn and the IRS whistleblowers.

However, that's not the only argument. Snowden also apparently stole other employees' credentials to gain access to classified documents.

The committee also noted that Snowden used the security credentials of co-workers to steal information from their computers and remove personal information of thousands of intelligence employees and contractors. I have yet to hear from Snowden and his defenders how a legitimate whistleblower could engage in such behavior.

Another bad optic is that he fled to China and then Russia, two of America's biggest foes. Snowden has claimed he didn't share any information with China or Russia, however, at least one top Russian official says otherwise. And why would China or Russia give him asylum if he had nothing to offer?

During his time at the CIA in Geneva, Snowden was sent home from the station for trying to break into classified computer files that he did not have clearance for.

Then there's the fact that Snowden got paid some big money while in exile.

Edward Snowden, who in 2013 leaked a trove of secret documents on programs run by the National Security Agency and has for years been living in exile in Russia, made more than $1.2 million in speaking fees in recent years, according to a court filing.

Officials say there was a communications breakdown after he was sent home from the CIA. The reports of his misconduct and attempts to hack and steal classified information, while there, were never passed on to the NSA, where Snowden ended up working until he fled the country after stealing the documents.

27 thoughts on “Fleitz: Why Snowden is a Traitor, Not a Hero”