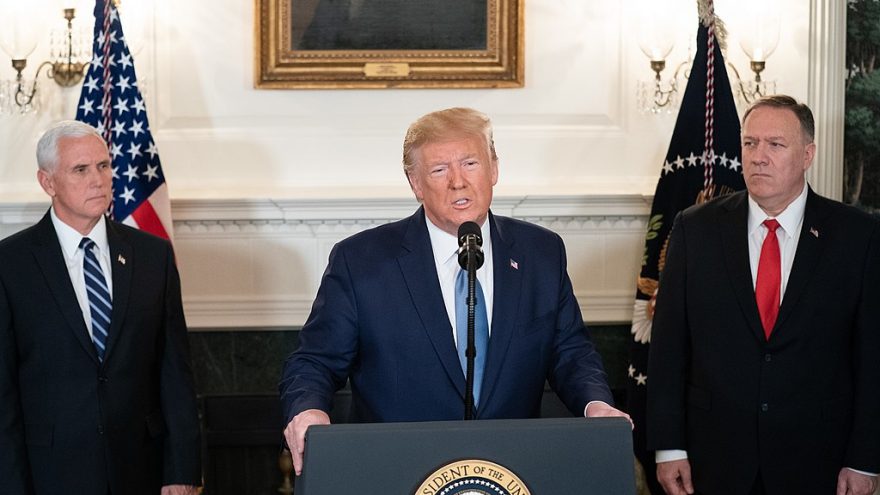 
Let’s just be honest for a minute, America. President Trump could have had us in multiple wars by now. Democrats were baiting a war with Russia before the 2016 election even happened. Then there was North Korea, Syria, and Iran. Those are just a few.

But he’s not taken the bait. Instead, he’s pushed to bring troops home, amidst politicians on both sides whaling that we need troops overseas, almost everywhere. He’s been very strong and very precise, but has shown he has no interest in a long, drawn out war, anywhere.

On Thursday, The Trump Administration added to the peace mission when they brokered an historic peace deal between Israel and the United Arab Emirates.

In a joint statement released by the leaders of Israel, the United Arab Emirates, and the United States

“This historic diplomatic breakthrough will advance peace in the Middle East region and is a testament to the bold diplomacy and vision of the three leaders and the courage of the United Arab Emirates and Israel to chart a new path that will unlock the great potential in the region,” the statement read. “All three countries face many common challenges and will mutually benefit from today’s historic achievement.”

They say this is just the beginning.

Joint Statement of the United States, the State of Israel, and the United Arab Emirates pic.twitter.com/oVyjLxf0jd

National Security Adviser Robert O'Brien said he thinks we'll see more peace deals like this, across the Middle East, in the near future.

“What I have said is the president is often known as the greatest deal maker and he wrote the book ‘The Art of the Deal.’ He’s considered a great, great deal maker, which he is. But I think history is going to remember the president for being a great peacemaker.”

This is, again, the opposite of what the media and leftist/establishment politicians expected.

Drew Holden raps off a long list of dire predictions for the Middle East after President Trump moved the U.S. Embassy to Jerusalem. Trust me, it's worth reading through his thread. It's so easy to forget how disingenuous and fraught with lies the media has been toward this President.

With today’s announcement of a historic peace agreement between Israel and the UAE, I thought it would be a good time to go to the vault for all the hot takes that Trump’s US embassy move to Jerusalem would never allow something like this.

As I write this, I'm sure there are Fake News outlets covering this in some kind of negative light or dripping with doubt. That's just what they're paid to do. At this point, they cannot go back. They've invested way too much in seeing to it that this President fails.

But the move toward peace in, perhaps, the most violent area of the world, can never be a bad thing, unless your income is dependent on the sale of weapons and troops.

Notice there were no leaks leading up to this historic peace deal. I wonder why... It's almost like nobody knew it was coming and therefor couldn't mess it up.