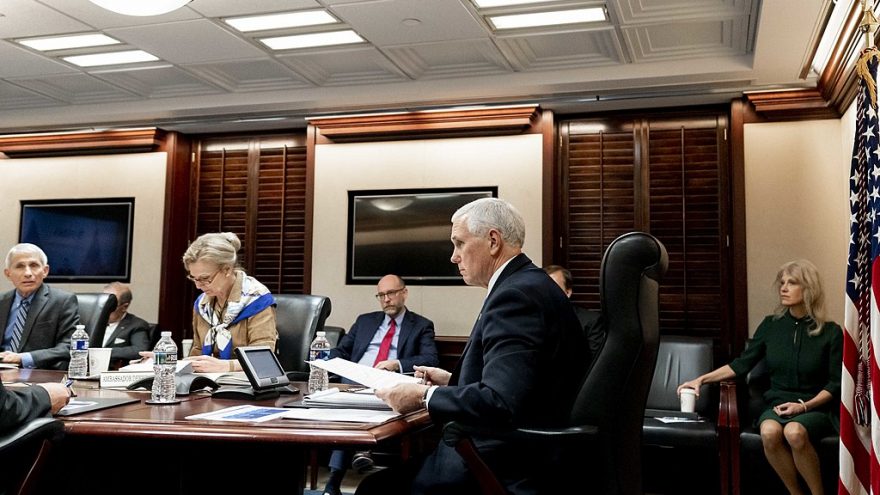 
Trump administration officials held a round table on the issue of getting schools reopened and kids back in schools, with the new Coronavirus Adviser, Scott Atlas.

Atlas is somewhat in line with the Trump administration’s belief that schools should reopen as quickly as possible.

Atlas remarks at the Kids First: Getting America’s Children Safely Back to School:

“We know that the risk of the disease is extremely low for children, even less than that of seasonal flu,” he stated. “We know that the harms of locking out the children from school are enormous and we also know, as we all would agree, that educating America’s children is right at the top of the list for our nation’s priorities.”

Vice President Pence also holds the belief that we can safely open schools and should do so as quickly as possible to limit the damage done to kids' learning and social and mental development.

“We believe that we can safely reopen our schools, we know that it’s best for our kids,” he noted. “We don’t want them to fall behind academically, but also we don’t want our kids to miss out on the counseling that they receive, special needs services, as well as all the nutrition programs that are available just at our schools.”

President Trump added that we cannot continue to keep 50 million kids away from school, indefinitely, and noted the harm it would do to their development.

The American Academy of Pediatrics' recommendation: Open the schools.

"Lengthy time away from school and associated interruption of supportive services often results in social isolation, making it difficult for schools to identify and address important learning deficits." pic.twitter.com/zrNFGAYtX3