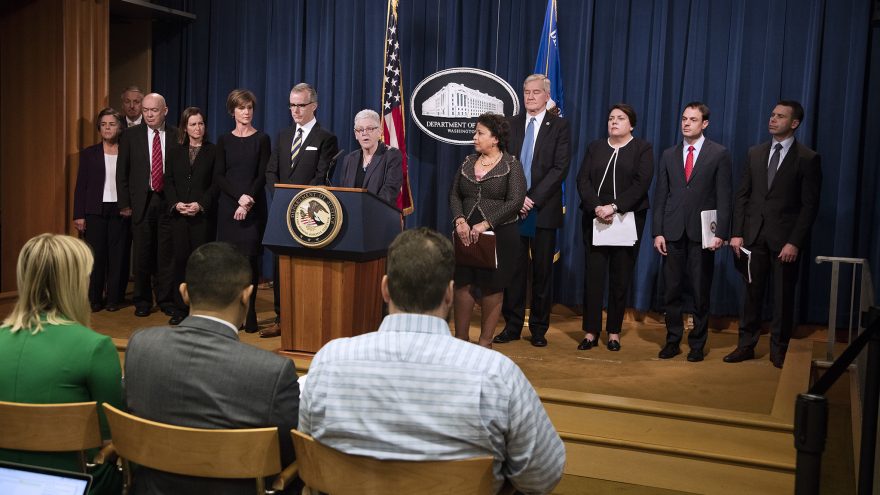 
A blogger and researcher that runs the site, The Conservative Treehouse, has been following the Russian Collusion hoax from the beginning and has said ‘enough is enough’.

He said if the Durham/Barr investigation does not produce results and/or action by this Friday, he will be releasing the name of the top Durham investigator who was previously briefed on the documents he has compiled.

CTH says the media has been no help in covering, what many call, the biggest political scandal in American history.

♦ A note of warning and preparation. Familiar names that have covered the Spygate fiasco are also not necessarily allies in this fight to deliver sunlight. “Spygate” is a lucrative financial business, lots of books have been sold. Expose the real scale of the DC fraud and Spygate is peanuts; therefore, there are friendly elements who could actually defend their prior interests. It is predictably unfortunate; and no energy should be wasted.

So, what is he actually releasing, and why?

CTH says that corporate media has been, and is, complicit in the effort to remove President Trump and therefor will not spend time uncovering a scandal in which they are active participants.

Is he right? Can he prove it?

He certainly could be correct about some of it as not much coverage has been given to the debunking of the Russian Collusion narrative but 3+ years was dedicated to selling it to the public.

It's also interesting how quiet the media has been on the Epstein/Maxwell case. One would think the exposure of a large and powerful child sex ring would be big news. It wasn't important enough for ABC a few years ago..

After he releases the name, he says he will do a review of the documents that were briefed to the Durham investigator.

• The first review is a timeline of when documents controlled by the Mueller special counsel were made public; the disparate public releases -and the controlled non releases- were/was a method used by the special counsel to keep people from easily connecting the dots. This was by design.

The Conservative Tree House has taken some criticism from fellow researchers and journalists, on social media, for vowing to release this information as they fear it could interrupt current investigations.

Will he follow through? If so, will there be verification sources for the documents he says the DOJ has been briefed on but 'hasn't acted on' as he claims?