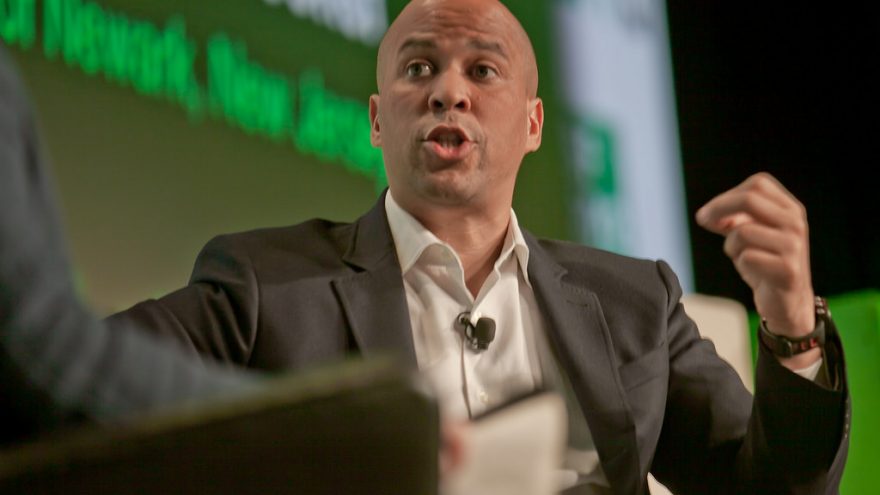 
Senator Cory Booker (D-N.J.) wants the world to stop eating meat, and no this is not ‘The Onion’. Senator Booker, who has been a vegetarian since the early 90’2 had this to say about the future of meat and agriculture.

Booker went on to say this,about the "deliciousness" of vegan food options.

I've seen incredible vegan cheese shops popping up across the country, and my friends who are lovers of cheese just can't tell the difference.  You have pizza: I was at the New Jersey VegFest, and Screamer's Pizza is just phenomenal.

Interestingly enough, the "Green New Deal" identifies the beef industry as enemies of the planet.  Again, this is not a joke.

Senator Booker is likely to declare his candidacy for the Democratic nomination for President, in the coming weeks.

57 thoughts on “NOT A JOKE: Cory Booker Wants You To Stop Eating Meat”