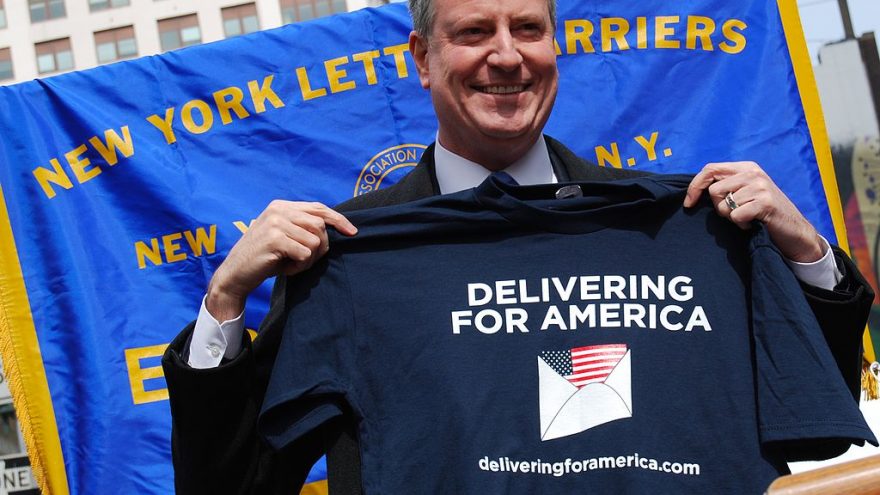 NYC has been a disaster throughout the COVID-19 pandemic and the riots that De Blasio allowed and even supported. He’s protected those who rioted throughout the city and handcuffed the police while they were trying to protect the city’s residents and buildings.

He all but declared war on the police.

Now he’s blaming the pandemic for the violence and business closures in NYC. He ordered shut downs and prosecuted those who chose to reopen. He stood with rioters who launched assaults on police men and women.

Now, he's threatening a war on the city's workers if he doesn't get the federal money he wants.

Sick of Democrat hostage tactics! NO bailout for Democrat malfeasance and mismanagement!pic.twitter.com/YfLYKd4Dqd

There's no accountability. He kept people from church while encouraging protests. He made police stand down as they were being attacked on the streets. He, and Governor Cuomo, are almost solely to blame for the disaster and fraud that NYC has become. Now, they're going to make the regular Joe pay if they don't get taxpayer money.

It's almost as if he wants the economy to collapse for some reason.