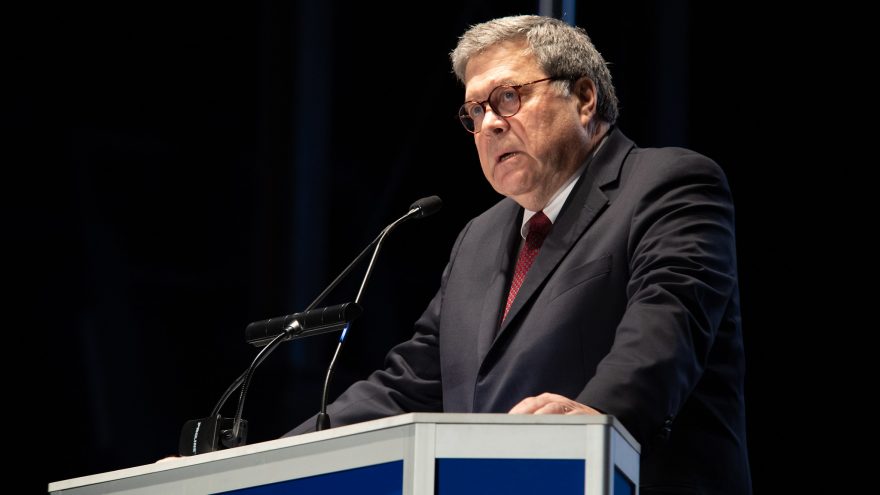 
Democrats called for Attorney General William Barr to testify in front of Congress. Yesterday, Barr showed up to testify.

But they didn’t want to hear what he had to say.

“I’m still enjoying what I’m doing, there’s still work to be done. I’m still the president’s wingman, so I’m there with my boy. So we’ll see,” Holder told Tom Joyner’s radio show, according to Politico.

Among other things, Democrats took the microphone to ask why Barr was bothering those peaceful protesters around the country and in Portland. That one doesn’t really need an explanation. If anyone has eyes they’ve already seen about 9 weeks of violent riots in Portland.

Bar listed off a list of weapons that rioters brought to the Federal Courthouse.

“As far as the weapons you mentioned, let me get this straight: My understanding is the people attacking the building had—among other things—rifles, explosives, knives, saws, sledgehammers, tasers, slingshots, rocks, bricks, lasers,” Scalise said. “Have I missed anything? Does that cover it?”

Then he dropped a bombshell in response to a Jim Jordan question.

Jim Jordan asked the AG if Durham was looking into the 38 people unmasking General Flynn 49 times over a two month period.

“I asked another U.S. attorney to look into the issue of unmasking because of the high number of unmaskings and some that do not readily appear to have been in the line of normal business.”

So, Barr just told everyone there's another investigation going on that none of them knew about. He also stated it goes back farther than just those two months.

That's when Democrats really got nasty.

They kept accusing him of saying things he'd never said and when Barr tried to tell them it was false, they all stopped him and said "I'm reclaiming my time".

They didn't want to hear what Barr had to say. They wanted this to be a public shaming of Barr.

Toward the end of the hearing, Democrats finally asked him the question they were waiting all day to ask.

Rep. Mucarsei-Powell: Under oath, under oath, do you commit not to releasing any report by Mr. Durham before the Novermber election?

Democrats called Barr to a testify in front of Congress, but Democrats in Congress testified in front of the country.

They showed they have no interest in solving problems. Democrats defended riots and violence. They were looking for a way to impeach William Barr and to prevent the release of John Durham's investigation into the spying, unmasking, and set up of the Russian Collusion hoax.

Barr did not succumb.

42 thoughts on “Democrats Testified in Front of AG Barr, For All to See”