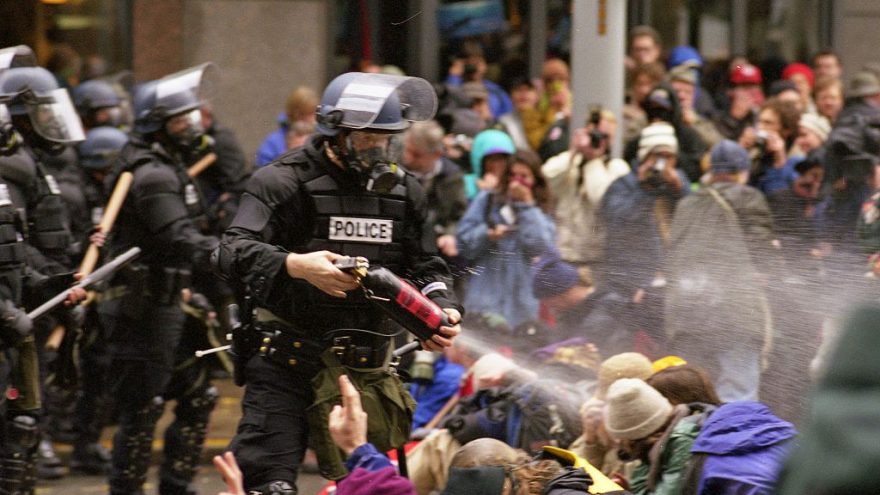 
A Washington State judge has ruled that five Seattle news outlets must abide by the subpoena to hand over unpublished images and videos of the destructive May 30 protests in Seattle.

The ruling isn’t without its limits, though. Police can only use the images to identify suspects for arson and gun investigations, and they cannot use cellphone images or videos.

Judge Nelson Lee sided with the Seattle Police Department in saying that the videos and pictures were critical to the investigation and not protected by state law.

Lee ruled that the police had met its burden to overcome the shield law: that the images were “highly material and relevant” and “critical or necessary” to prove an issue that has a compelling public interest for its disclosure. Getting the stolen weapons off the street was one compelling public interest, Lee found.... The law also required the police to demonstrate that all “reasonable and available means” to obtain the information has been exhausted.

As one would expect, the media companies strongly disagree with the ruling, saying it removes protections for journalists.

Seattle Times Executive Editor Michele Matassa Flores said the paper strongly opposes the subpoena and “believes it puts our independence, and even our staff’s physical safety, at risk.”

“The media exist in large part to hold governments, including law enforcement agencies, accountable to the public,” Matassa Flores said. “We don’t work in concert with government, and it’s important to our credibility and effectiveness to retain our independence from those we cover.”

A lawyer for the media companies has not said whether they plan to appeal the ruling or not.

33 thoughts on “Judge: Seattle News Outlets Must Hand Over Images, Videos of Destruction”