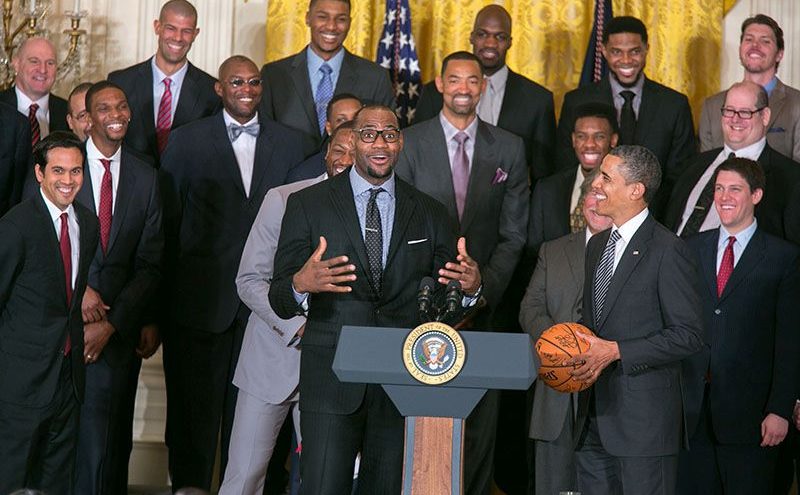 
Senator Josh Hawley called out Lebron, Nike, and the NBA for profiting off Chinese slave labor. Hawley said the NBA was a “classic” example of businesses that profit from slave labor in the Uyghur concentration camps.

“I would challenge the NBA, Adam Silver, all the endorsers of Nike products like Lebron to take a pledge that they will be slave free, that they will not use in their product lines slave labor,” Hawley said.

Senator Hawley introduced the Slave-Free Business Certification Act on Monday. The measure would expand insight into corporate supply chains and allow for regular audits to make sure that slave labor is not included in their supply chains.

Corporate America and the celebrities that hawk their products have been playing this game for a long time – talk up corporate social responsibility and social justice at home while making millions of dollars off the slave labor that assembles their products,” the Missouri Republican said in a statement. “Executives build woke, progressive brands for American consumers, but happily outsource labor to Chinese concentration camps, all just to save a few bucks.”

You may remember the crackdown that NBA and some of its start players, such as Lebron James, laid down on a general manager Daryl Morey for his tweet that supported the Hong Kong protests for freedom.

Lebron, the self-proclaimed social justice warrior, declined to side with the freedom-seeking people of Hong Kong and instead sided with China.

When asked whether Morey should be reprimanded for his tweet, James responded, "I think when we all sit back and learn from the situation that happened, understand that what you could tweet or could say, and we all talk about this freedom of speech -- yes, we do all have freedom of speech, but at times there are ramifications for the negative that can happen when you're not thinking about others and you're only thinking about yourself."

Last week, NBA fans were allowed to buy custom jerseys for the players that included social justice words on the jersey.  You could put "Black Lives Matter" and "Defund the Police", but you could not use slogans that supported the police or Hong Kong.

The NBA has a documented history of bending the knee to China and it is now being called out for its "social justice" endorsements while simultaneously profiting off slave labor in China.

Hawley's bill seems like it should be a no-brainer to pass but will it? Obviously, there is a lot of corporate money on the line but Americans should take a strong stand against the use of slave labor in any country.

25 thoughts on “Hawley Calls Out Lebron, Nike, NBA For Cashing In Off China Slave Labor”