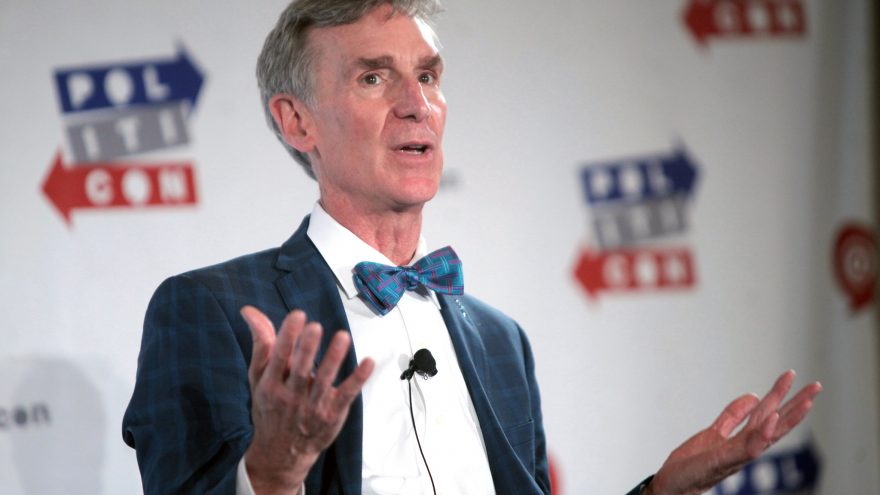 Science, any system of knowledge that is concerned with the physical world and its phenomena and that entails unbiased observations and systematic experimentation. In general, a science involves a pursuit of knowledge covering general truths or the operations of fundamental laws.

The keyword that’s missing in today’s version of science is unbiased and both the left and right are guilty of it.

However, the left tends to use science as a means to end any discussion or disagreement with their opinion.

For example: If you disagree with implementing a carbon tax, you will most certainly be accused of being “anti-science” or a “science denier”. If you point to scientists who says there is evidence that the earth is actually cooling over a specific period of time, you will likely be told “those aren’t real scientists”.

Politics and political correctness has perverted science so much that many of us now roll our eyes when someone on TV explains with "science says...". That's because there is no objectivity involved anymore.  Science is only accepted if it meets a certain political narrative.

Joy Pullman wrote a good article on the validity of science, today. You should read the whole piece.

Despite standing behind their data and method used to conclude there is “no evidence of anti-Black [sic] or anti-Hispanic disparities across [fatal police] shootings,” a study’s authors want to retract their work because it contradicts left-wing politics.

“Although our data and statistical approach were valid to estimate the question we actually tested (the race of civilians fatally shot by police), given continued misuse of the article (e.g., MacDonald, 2020) we felt the right decision was to retract the article,” Michigan State University’s Joseph Cesario and the University of Maryland at College Park’s David Johnson wrote in their retraction request, according to the blog Retraction Watch.

Actual scientists can conclude a valid experiment and then be forced to trash the whole thing because it says something that goes against popular opinion. In other words, it was politically incorrect therefor it must be junked.

Instead, what should be happening is other scientist should be running the same experiments to see if their study either replicates the previous result or concludes with a different result.

That's also why most problems haven't been solved and won't be anytime soon. We aren't allowed to talk about real issues and real solutions. That's forbidden. That could be offensive to some and we all know that science isn't offensive.

This is what science has become.

Science has become a way to push political agendas while shutting down any opposition to the narrative. If you attempt to question or disagree with the mainstream narrative being pushed, you're clearly anti-science.

By the way, Bill Nye is not a scientist. He just plays one on TV shows and liberal media outlets. Honorary degrees don't make you a scientist. If they did, Lebron James could go give a few speeches at some elite universities and walk away with a dozen honorary PhDs and we'd be looking to him to establish a new colony on Mars.

Conservatives need to stop worrying about being called anti-science. It's not science, it's politics.

21 thoughts on “Politics Has Hurt Science, COVID-19 May Have Killed It”